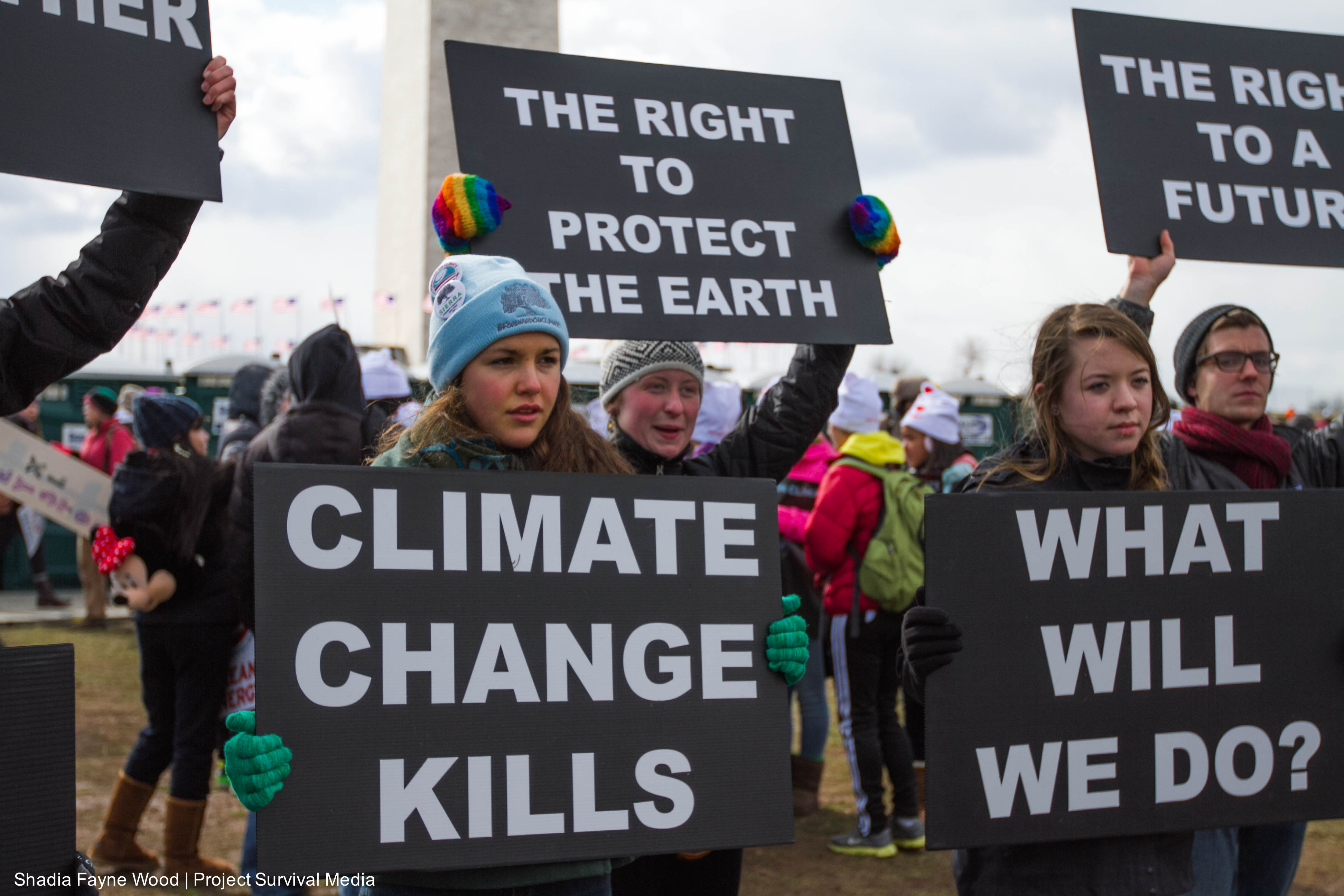 Action against human-caused climate change became more urgent on 9 May when the world passed through a symbolic barrier. 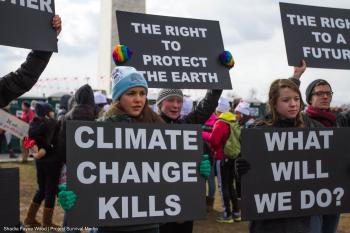 The world’s most important CO2 monitoring station recorded short-term CO2 concentrations in the atmosphere above 400 parts per million (ppm), a level not seen for three million years.

Measurements at the Mauna Loa observatory in Hawaii (and elsewhere) show CO2 concentrations are now rising at the rate of 2.75ppm a year, meaning that 450ppm (long regarded as a potential tipping point for the earth’s climate) could be reached within decades.

NASA carbon and water cycle research scientist Dr Erika Podest commented on the news: ‘Climate change is a threat to life on Earth and we can no longer afford to be spectators.’

Climate activism is increasing in the US, particularly around the Keystone XL pipeline. Bill McKibben wrote in April: ‘The Fossil Fuel Resistance has already won some serious victories [in the US], blocking dozens of new coal plants and closing down existing ones – ask the folks at Little Village Environmental Justice Organization who helped shutter a pair of coal plants in Chicago, or the Asian Pacific Environmental Network, which fought to stop Chevron from expanding its refinery in Richmond, California.’

In Britain, in mid-May, Camp Frack 2 brought together over 500 campaigners against ‘hydraulic fracturing’, a highly-polluting method of tapping underground gas reservoirs.

Eve McNamara from Ribble Estuary Against Fracking said: ‘Camp Frack 2 was a very successful event for the many residents groups that have formed throughout the UK in response to the use of the environmentally-damaging process known as “fracking” and the current push by the government towards an expensive and unwanted gas-based energy policy.’

A few days later, anti-climate change group Fuel Poverty Action demonstrated at the British Gas AGM. The AGM ended with two pensioners and a wheelchair user taking to the stage and handing Centrica (owners of British Gas) chair, Roger Carr a ‘People’s Invoice’ for the harm done by the company. They then unveiled a banner that said: ‘Gas bills kill’.

On 27-29 May, activists held a camp at Manchester airport protesting against plans to double air freight capacity.

On 8 June, Campaign against Climate Change is holding a ‘Confronting the Climate Crisis’ conference in London, bringing together climate scientists, trade unionists and environmental activists at London Metropolitan University.

Anti-climate change campaigners No Dash for Gas are holding a four-day camp and protest in August at the site of their week-long occupation last October (see PN 2552-53).

No Dash for Gas said: ‘It was people power that stopped new coal and stalled plans for a third runway at Heathrow, that made bankers’ greed and tax avoidance toxic and that is now fighting austerity attacks on workers, women, pensioners and the disabled. Together, we will stop the dash for gas.’

‘Confronting the Climate Crisis’ conference info at: www.campaigncc.org/events/2013/Confronting_the_Climate_Change_Conference
The No Dash for Gas ‘Reclaim the Power’ camp takes place from 17-20 August at the West Burton Power station in Nottinghamshire:
www.nodashforgas.org.uk