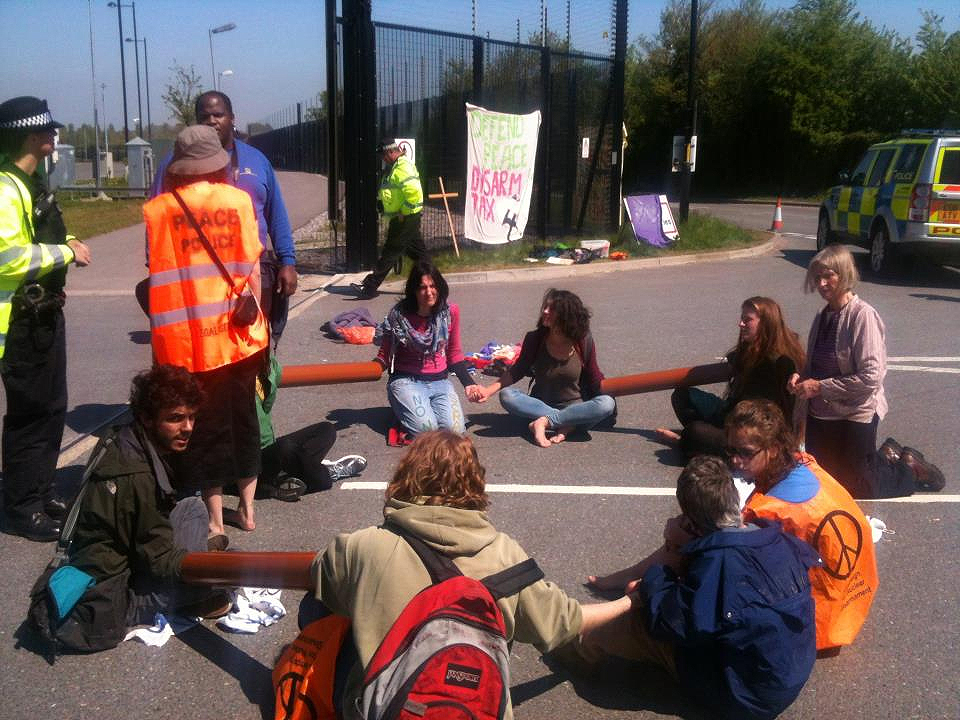 On 7 May, eight protesters from Christian groups blockaded the gate to Burghfield, the factory near Aldermaston where Trident nuclear warheads are finally assembled. 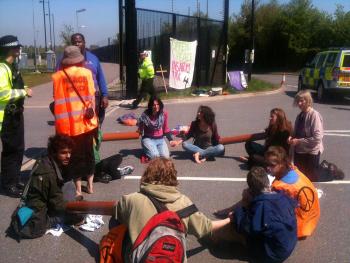 The blockaders, who ‘locked-on’ by joining their hands together inside plastic tubes, managed to stay in place for five hours before leaving. There were no arrests.

The action was part of a year-long campaign of actions organised by Action AWE, which describes itself as ‘a grassroots campaign of nonviolent actions dedicated to halting nuclear weapons production at the atomic weapons establishment (AWE) factories at Aldermaston and Burghfield’.

In another development: in mid-May, AWE plc, which operates AWE, pleaded guilty at Reading crown court to breach of health and safety laws for a fire that broke out in an explosives handling facility at the AWE Aldermaston site on 3 August 2010