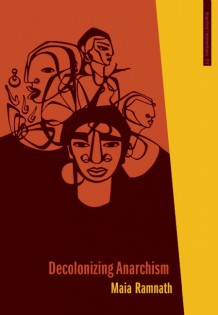 In recent years, English-language histories of anarchism have been paying more attention to anarchist thinkers and activists outside the West. These two books are part of that trend.

I don't really think many PN readers are going to fork out for Anarchism and Syndicalism in the Colonial and Postcolonial World, 1870-1940; it's a very expensive academic hardback, but it is a valuable contribution.

The authors document influential anarchist movements in Argentina, Brazil, China, Egypt, Korea, Peru and South Africa: in many place, anarchism was the leading form of leftism at the beginning of the twentieth century. There's a heavy focus on class – and a disputed identification of anarchism and revolutionary syndicalism as pretty much the same thing – but this is a readable, important addition to your local library.

First things first. Decolonizing Anarchism does not 'decolonise anarchism'. It barely engages with anarchist ideas or movements. The book is also emphatically not a 'history of India's liberation struggle', anti-authoritarian or otherwise. Nor is it a history of anarchism in India.

Some of the stories are fascinating, including the life of the extraordinary Har Dyal, who, while in exile in California, initiated the militant Ghadar movement. (Ramnath has written a book specifically about the Ghadar movement, Haj to Utopia, also published last year.)

Indu Vashist, a queer Indian feminist based in Canada, wrote a short review on the Goodreads website: 'This is probably one of the worst books that i have ever read on INDIAN history. Maia takes a historiographical narrative of upper caste men and attempts [to] apply anarchist thought on to them. It is the equivalent of writing the history of turtle island [North America] ONLY from the perspective of bourgeois educated white men.'

This is a reference to one of the first portraits in Decolonizing Anarchism, of militant nationalist Vinayak Damodar Savarkar, who went on to found the ultra-right Hindu supremacist organisation, Akhil Bharat Hindu Mahasabha (All-Indian Hindu Assembly).
Nathuram Vinayak Godse, Gandhi's assassin, was a member of the Hindu Mahasabha and a close associate of Savarkar. Savarkar was found by a judicial inquiry in 1965 to have been part of the assassination conspiracy.

Ramnath does not refer to these facts, or any details of Savarkar's later political development. This is like including Benito Mussolini in a history of European anti-authoritarian radicalism because of his early flirtation with revolutionary syndicalism, and only mentioning his subsequent political evolution in passing.

It would be unfair to end without re-stating that there are important stories told in this book (including of Gandhians). However, work is needed to extract them.

Apart from anything else, there is some tiresome intellectual posturing, especially in the first chapter. For example: 'the anarchist tradition is a discursive field in which the boundaries are defined by a thematic, not a problematic'.

Milan Rai is editing an anarchist anthology for Verso.