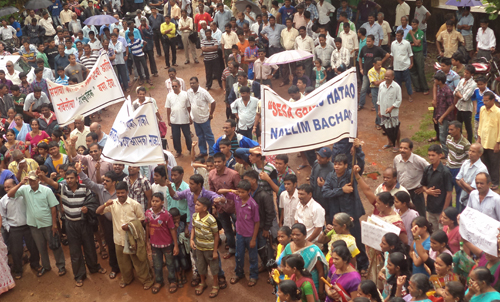 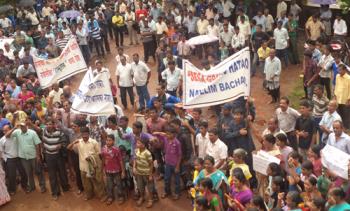 On 28 August, protests marked the AGM of mining corporation Vedanta Resources, including in central London, where the AGM was held. Thousands took part in a parallel demonstration in Goa, India, (pictured) demanding an end to operations at Sesa Goa’s Amona pig iron plant. Dongria Kond tribals whose sacred mountain is threatened by Vedanta’s mining ambitions (see PN 2520, 2528) joined protests in Odisha, India. In Zambia, activists marked the AGM by publishing a report on the contamination of local water supplies by a Vedanta subsidiary.