Shahzad Bashir and Robert D. Crews (eds), Under the Drones: Modern Lives in the Afghanistan-Pakistan Borderlands 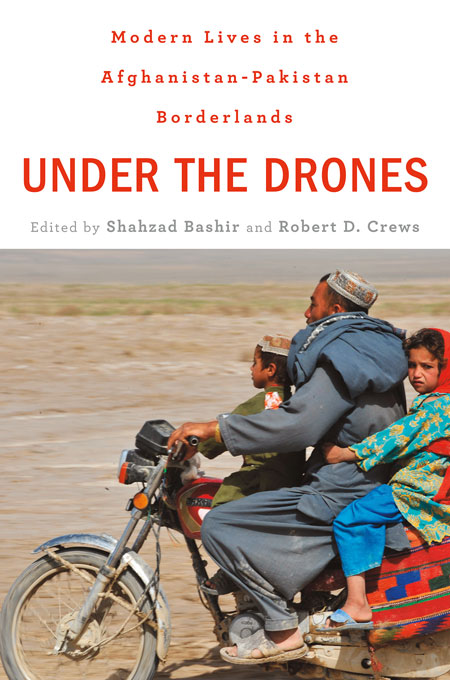 Given the current debates about the legitimacy of the use of drone strikes to eliminate suspected 'terrorists' in Pakistan and 'insurgents' in Afghanistan, this timely book aims to illuminate the story of the land and the people subjected to these Western onslaughts.

However, despite its title, this is not a book about drone strikes or their effects, and its actual contents – a collection of scholarly essays concerning the history, ethnography and anthropology of the Afghanistan-Pakistan border region – are more likely to appeal to students and academics.

Through an eclectic collection of essays the editors attempt to counter the dominant discourse which portrays the Afghanistan-Pakistan borderland as a 'medieval', unchanging (and therefore barbaric) area which – if left to itself – will strike out against the West. Instead we are invited to consider a region and population of richness and nuanced complexity which, to Britain's shame as a former imperial power there, we are still woefully ignorant about.

Unfortunately though, much of this material may be fairly impenetrable to the general reader.

For example, the chapter on 'The Politics of Pashtun and Punjabi Truck Decoration' was a quirky and interesting inclusion, but the specialist language obscured its significance to this reviewer. Likewise, while many of the chapters attempted an introduction and conclusion I was often left wondering what point was actually being made – and with the nagging feeling that contributors had simply cut and pasted material from larger theses for inclusion in the book.

Nonetheless, Under the Drones does at least attempt to describe the reality of the people and their histories, highlighting the obvious folly of pursuing a 'global war on terror' against an imagined fantasy-land called 'Af-Pak' remotely, using high-altitude drones.