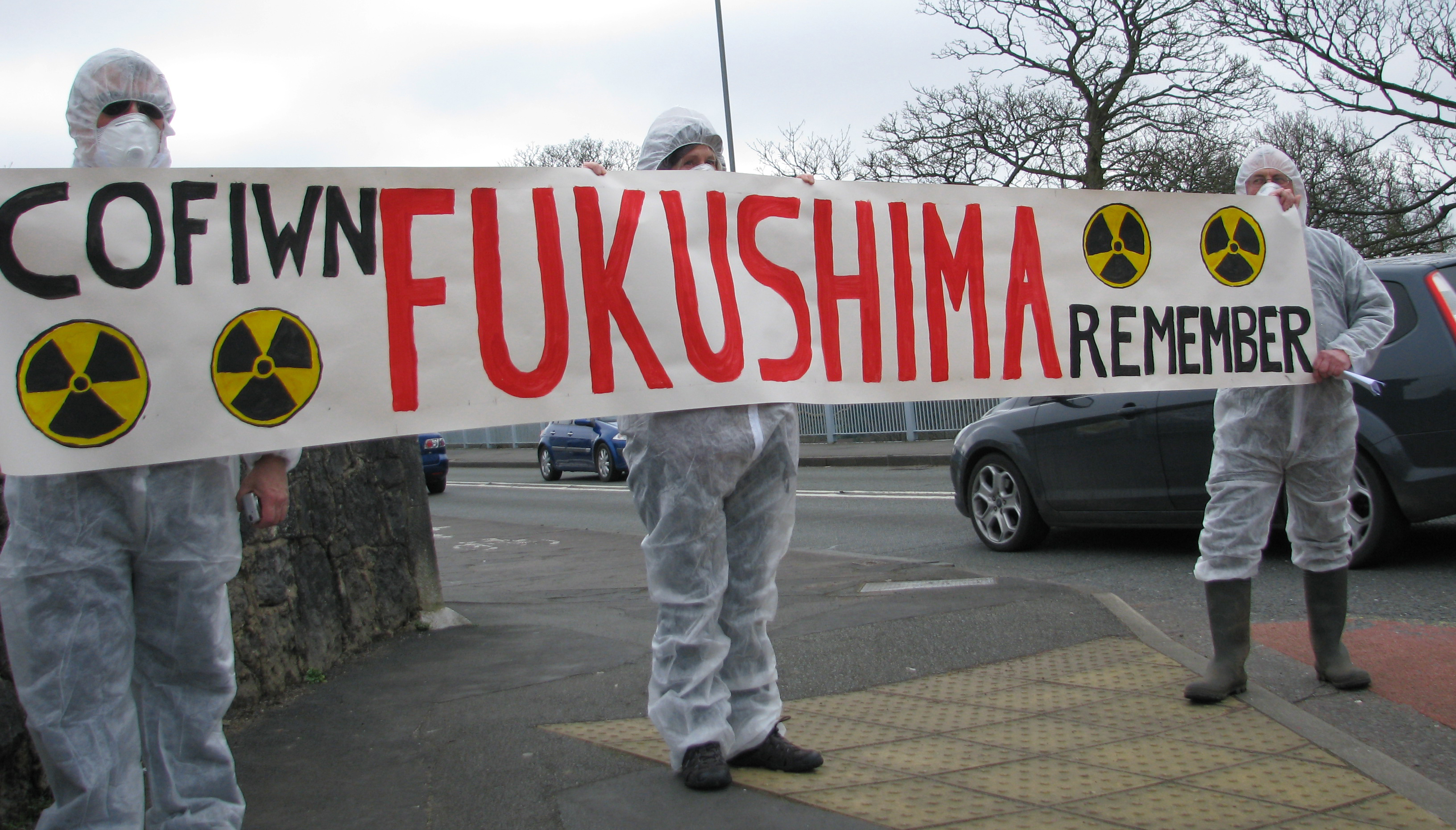 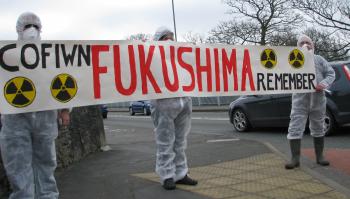 On 11 March, anti-nuclear activists around the world mobilised against nuclear new-build and uranium-mining, marking the first anniversary of the start of the Fukushima disaster in Japan. Many people surrounded the Hinkley Point site in England, while in Wales these protesters gathered on the Menai Suspension Bridge, making the point that in the event of a major disaster at Wylfa, on the north coast of Anglesey, it would be virtually impossible to evacuate the island.