PN is too pro-trans rights 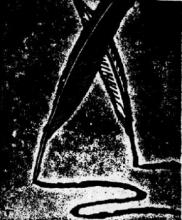 In a news story (‘Clash in Manchester’) in the June – July issue of Peace News, the image of black-clad, masked trans rights activists standing in front of a statue of Emmeline Pankhurst in order to block women from speaking in public graphically revealed the true nature of the trans rights movement. (PN 2660)

In cities around the UK, whenever women gather together to speak up for women’s rights, balaclava-clad trans rights activists have disrupted their meetings, shouting insults taken from the patriarchal hymnbook of violent threats against women.

There’s no doubt what side of the patriarchy these militant activists are on and it’s not on the side of women.

The image by itself told a story that could not fail to disturb any peace-loving reader of PN.

Yet Milan Rai, the author of the news story, did not call out the unidentified masked characters for their threatening behaviour as I would expect from the editor of a newspaper committed to ‘a nonviolent revolution – transforming relationships based on domination and exclusion into ones based on mutual respect’ and which ‘encourages debate and self evaluation’.

Instead, he selected certain facts and excluded others in order to discredit the feminists and to justify the actions of the trans rights activists.

One of the women, Kellie-Jay Keen-Minshull, was described as controversial and divisive because another feminist group was not in agreement with her.

The point of Stand Up for Women is that any woman can stand up and speak. She doesn’t have to be vetted by anyone else. It’s about freedom of speech, not finding a representative that speaks for all women.

Yet the ‘stormtroopers’ massed in front of the suffragette statue were not described as controversial and divisive though there must be trans rights supporters who do not condone such aggressive, fascist tactics. Why were their views not sought?

What did she do to merit such damaging accusations and to justify shutting her up? Did she vote in Parliament to bomb Muslim children in Iraq? Apparently, she spoke up for nontrans women and complained about ‘entitled men’ doing nasty things in women’s toilets, a documented and unsurprising consequence of gender self-identification. She didn’t say or even imply that all men who claim to be women do nasty things in women’s toilets. She stated a fact which Milan himself should have included in the article.

These facts don’t mean that all men who claim to be women do nasty things in women’s spaces. It simply means that the ideology of gender self-identification has led to a situation where women’s spaces are no longer free from the threat of male violence.

‘This image was seized on by right-wing media outlets... but not reported elsewhere.’

Why was this fact included?

If PN had mentioned the Manchester attack on women’s right to speak while the Guardian/Independent didn’t, then it would look like PN was on the same side as the Daily Mail. Why not challenge the so-called progressive media outlets for their implicit support of fascist, divisive trans rights activities?

Despite all their propaganda and their fascist, bullying tactics, I don’t know many people who buy the gender self-identification line.

I know plenty of people who are intimidated into accepting it and who don’t dare speak out because of a legitimate fear of losing their jobs. That’s the way the patriarchy works, by instilling fear in people to speak the truth.

The truth is that there’s no such thing as a magic woman essence that some men are born with that entitles them to self-identify as women. This isn’t just my belief – it’s biological fact. There are two sexes, male and female. We cannot change from one to the other.

As for gender, that just means some kind of sex-role stereotype that you adopt or not as you choose.

Why bother to squeeze yourself into a box? Let’s be free to refuse to conform to any gender and just develop our full potential as human beings, regardless of which sex we’re born into.

Emmeline Pankhurst did not campaign for women to become men – she campaigned for women to have the same rights as men. It seems we’re still fighting the same battle.