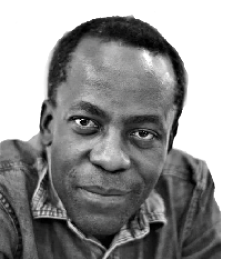 ‘We should have really serious discussions about how we legalise drugs in a way that is safer and more consumer-friendly, on the one hand, but also provide safeguards for people that want to use drugs and to minimize the harm,’ says Dr Jamie Banks, a Wellcome Trust early career fellow at the University of Leicester.

Such a move would be in line with the trend currently taking place around the world that is seeing a growing number of countries move towards the legalisation, regulation and taxation of cannabis, and away from the policing, prosecution and criminalisation of cannabis-growers and -users.

Speaking at a panel event held on Human Rights Day, 10 December, during the annual Leicester Human Rights Arts and Film Festival last year, Dr Banks pointed out that most discussions about cannabis in the United Kingdom tend to be influenced by social and cultural factors, and by ‘racism and the misidentification of particular ethnic groups with particular kinds of drugs, and [by] overreactions from various different arms of the state’.

Professor in Community and Criminal Justice at De Montfort University, professor Rob Canton added that the harms caused by criminalisation also tend to be left out of most of the conversation.

‘We assume that criminalisation is benign and that all it does is stop bad people from doing bad things. But, in fact, criminalisation can cause enormous harm,’ Canton says. ‘Enforcement unfairly applied breeds contempt, distrust and disrespect for the law while its impact on incidents [of cannabis use] is often speculative.’

In the UK, although medical cannabis has been legal since November 2018 and is available for use when prescribed by a registered specialist doctor, cannabis itself remains a Class B drug that potentially attracts up to five years in prison for those caught with the drug, and up to 14 years behind bars for those involved in its supply or production.

Despite this prohibition, approximately two million people use cannabis regularly in the UK, making it the most widely used illegal drug in the country.

Nick Glynn, a senior programme officer at the Open Society Foundations and a former police officer, notes that many of the politicians calling for a war on drugs are the same people who would get caught with a joint when they were younger.

‘They enjoyed it [cannabis] because the kinds of spaces they did it in were not policed [in the same way as less affluent settings]. And, as we’ve heard... the house of commons is another, you know... the cocaine that’s located there, it’s not policed,” he says.

Glynn also sees a connection between the ‘war on drugs’ and the violence that is part of the illegal drugs market. ‘If the market wasn’t illegal, organised crime couldn’t take advantage of it. The fact that it’s illegal puts them [organised crime syndicates] in charge,’ he says.

Glynn, a former chief inspector who served for 30 years in the Leicestershire police, suggests that, if Britain were to legalise or decriminalise cannabis, the criminal records of people who were convicted for possession in the past should be deleted, as a way of dealing with the harms caused by criminalisation.

‘Let’s not forget, people have always used mood-altering substances, always have, are doing right now, and always will,’ he adds.

Currently, places that have legalised cannabis include a number of states in the United States as well as Canada, Georgia, Mexico, South Africa, and Uruguay, among others.

Dagfinn Hessen Paust, a former criminal defence lawyer who now works for the Association for Safer Drug Policies in Norway, says that, as a result of this global trend, a wealth of information and experience is now available from around the world on how cannabis can be legalised.

Paust points out that one of the benefits of legalising cannabis is that such a move can reduce the control organised crime has on the market.

‘Organised crime doesn’t profit from legal products,’ he says. ‘Legal users or legal consumers are not recruited into organised crime through the product they’re consuming, which is the case today. Even children are being recruited into drug-dealing because they get involved in a criminal economy.’

Paust adds that, among other advantages, legalising cannabis would allow governments to regulate product potency and impose age limits and, in this way, help ensure that only adults may purchase cannabis legally.