Ukraine: do not give up on peace 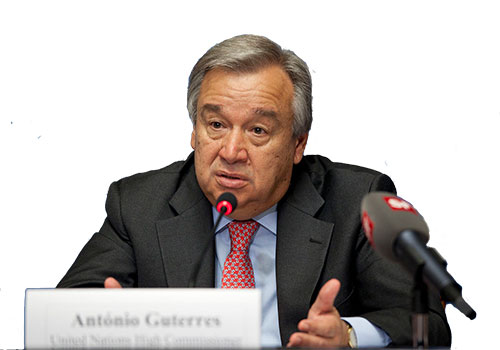 A negotiated end to the war in Ukraine is an urgent necessity, argue Diana Francis and Andrew Rigby

This article was written before the Ukrainian military began their counter-offensive in early September. The advances made have encouraged talk of ‘victory’ and the maximisation of Ukrainian war aims – even beyond the military defeat of Russia. The need for a negotiated end to the death and destruction becomes ever more urgent.

The Russian invasion of Ukraine was an illegal act of aggression and the war that has ensued is a disaster of death, destruction and displacement on a scale not seen in Europe since the Second World War. Had NATO been disbanded at the end of the Cold War and a new European security architecture been established, as the late Soviet leader Mikhail Gorbachev proposed, this invasion would not have happened.

Instead, when the Soviet Union broke up and Russia was greatly diminished, NATO rapidly expanded, with former Soviet countries lining up to join it. New NATO bases and nuclear weapons were brought into former Soviet territory, alienating, humiliating and, from its perspective, threatening Russia [see ‘NATO expansion is the problem that it claims to be solving’ (PN 2661) – ed]. Hence the rise of Vladimir Putin, the ‘strong man’, and his long years in office.

During months of diplomatic activity last year, which took place during the build-up of Russian troops on the Ukrainian border, Russia’s key demand – for an undertaking that Ukraine and other former Soviet countries would not be taken into NATO membership – was resolutely ignored.

From Putin’s perspective, with such a vast army amassed on the brink, there was no way back from the threatened invasion, which he finally ordered on 24 February. The military fightback, led by Volodymyr Zelenskyy, was only to be expected.

The results of the war have already been catastrophic, in terms of death and injury, misery and displacement, and the destruction of the country’s buildings and infrastructure.

The environmental impact, though little reported till now, will also be immense, and the greenhouse gas emissions related to the manufacture, use and replacement of the weaponry used by both sides will be enormous, adding to the growing climate crisis.

Meanwhile, economic sanctions against Russia and, more recently, Russia’s closing of the Nord Stream 1 gas pipeline to Germany, have become the pretext here for creating sites for the extraction of new oil, coal and gas supplies.

The cost of energy shortages to consumers around the world is creating new levels of poverty, to add to the misery of the food shortages caused when grain was not being exported from Ukraine.

In addition, the cost of weapons supplies to national budgets will be huge, shrinking the amount of money available for urgently-needed support of households and public services.

The need to end the war must surely be evident. How can there be a winner? NATO will ensure that Ukraine is sufficiently well-armed to resist sudden Russian advances; while Russian defeat on the battlefield could well see the threat of nuclear weapons.

The case for an urgent focus on a negotiated ceasefire and settlement could not be clearer. But are negotiations even possible?

In fact, meetings and negotiations began within days of the Russian invasion. In the early weeks, there were meetings to find agreement on establishing humanitarian corridors for civilians caught in the fighting and the exchange of prisoners of war; also to develop an agenda for anticipated ministerial-level meetings. This ‘humanitarian track’ has continued throughout the hostilities.

Then ‘political’ negotiations opened in March 2022 in Antalya, Turkey, and resulted initially in the withdrawal of Russian troops from three northern Ukrainian districts.

During those talks, it became clear that Russia was seeking Ukrainian recognition of the independence of the Donetsk, Luhansk and Crimean ‘republics’, and an end to any Ukrainian moves to join NATO.

The proclaimed aims of the Ukrainian side included a ceasefire, Russian troop withdrawal to pre-24 February positions, and international guarantees to safeguard Ukraine’s future territorial security.

The day those negotiations began, the UN secretary-general, António Guterres, issued a statement on the war and made reference to the peace talks: ‘There is enough on the table to cease hostilities – now… and seriously negotiate – now.… This war is unwinnable.… [I]t is time to end this absurd war.’

By late March, negotiators were meeting face-to-face in Istanbul and the framework for a ceasefire seemed to be taking shape. Ukraine would abandon its push to join NATO, but would receive security guarantees, including membership of the EU, while the status of the Donbass region and the Crimea would be addressed by negotiations, not violence.

So what happened? How is it that, six months after the two sides had approached a shared understanding of the nature of a peace agreement, the war continues to threaten the wellbeing not only of the people of Ukraine and Russia but also of billions of people around the globe?

The revelations in early April of Russian war crimes in the territories from which they had withdrawn created an international wave of revulsion that made it difficult for politicians to continue with the negotiations, while strengthening Ukraine’s appeal for the weaponry it needed for a counter-offensive [see also ‘Liz Truss helped derail chances of peace in Ukraine – now she must back negotiations’ (PN 2661) – ed].

The appeal for arms met an enthusiastic response from Washington, with US secretary of defence Lloyd Austin and his like seeing the opportunity to weaken Russia ‘to the degree that it can’t do the kinds of things it has done in invading Ukraine’.

Of course, the global military-industrial complex was only too eager to sell its wares – arms manufacturers thrive in times of war; while NATO rejoiced in finding a role for itself in a ‘proper’ war, after the appalling consequences of its wars in Afghanistan, Iraq and Libya.

“There is enough on the table to cease hostilities – now… and seriously negotiate – now.… This war is unwinnable” - UN secretary-general António Guterres, 22 March

Equipped with their newly-acquired weapons, the Ukrainians prioritised success on the battlefield over progress via negotiations.

In spite of all this, on 22 July, the efforts of the UN and Turkey to obtain a resumption of grain exports through the Black Sea came to fruition, when the two belligerents agreed to a package of provisions necessary for commercial vessels to carry food, sunflower oil and fertilisers to world markets.

Is it too much to hope that a similar global concern about the risks to humanity posed by the continuation of the war might force those states busy arming Ukraine to demand a genuine commitment to negotiating a ceasefire?

The threat of nuclear catastrophe caused by military clashes around Europe’s largest nuclear power plant (Zaporizhzhia) must remove any doubt that a ceasefire is an immediate necessity. Perhaps the fact that Russia has allowed a UN inspection is a small sign of hope?

How to make peace

The key elements of a sustainable peace agreement are clear: the withdrawal of Russian troops to their positions prior to 24 February; international guarantees for the security of Ukraine outside of NATO; and an international commitment to supervise the full implementation of the Minsk Accords of February 2015, which were never implemented. The accords called for constitutional reform within Ukraine to allow for a decentralisation of political power, as well as recognition of the particular status of the Russian-speaking areas of the Donbass Basin and Crimea.

An international campaign is urgently needed for a negotiated peace and, beyond that, a radical reordering of global relationships is required, based on co-operation instead of contest, with security policies designed for human wellbeing, not national and power-bloc pride and control.

This war has escalated the two threats that could wipe out humanity: nuclear war and the fire, floods and hunger of climate and ecological catastrophe.

We must not give up on peace because it is the only thing that can save us.

Andrew Rigby is emeritus professor of Peace Studies at Coventry University. His latest book, Sowing Seeds for the Future: Exploring the power of constructive nonviolent action, is available from Housmans Bookshop. Diana Francis, a lifelong activist, speaker and writer, has worked to support local peacemakers in the former Yugoslav and post-Soviet countries and in Africa, the Middle East and South/South-East Asia.