We draw from the same spring 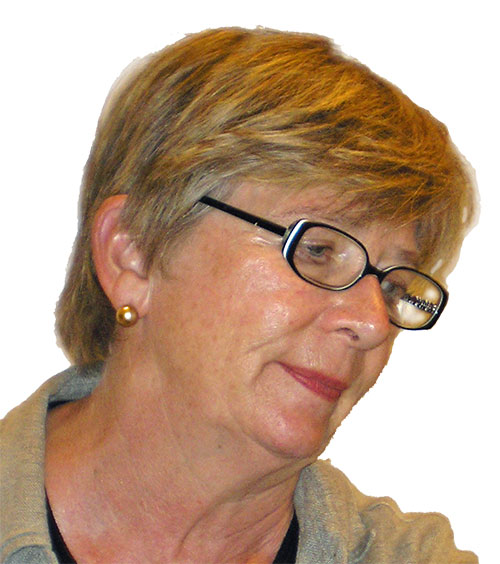 When I came into the peace movement as a teenager, back in the time of the dinosaurs, I somehow picked up a Very Wrong Idea. I came to believe that We (peace people) were completely different from, and so much better than, Them (war-supporters). We were more intelligent, more noble, better-informed. They... well, they were different.

In my case, picking up this belief flew in the face of my own experience, if I had only had eyes to see. I grew up in a British army family, on British army bases, surrounded by intelligent, capable, generous, well-informed, decent people. Without realising it, I set aside the evidence that was right there in front of me.

Over the years, different things ate away at that unjustified sense of peace movement superiority.

One important contribution came from Barbara Ehrenreich, the US author and activist, who has just died. Ehrenreich, like IF Stone and George Orwell, was an activist as well as a writer, with just as much wit, courage, honesty and brilliant writing as anyone.

The obituaries about her have mostly focused on her best-selling (Orwell-ish) book about going undercover in low-paid jobs, Nickel and Dimed, published in 2001.

The tributes haven’t mentioned so much the fact that Ehrenreich went on, 11 years later, to found an organisation, the Economic Hardship Reporting Project, which supports and edits writers experiencing poverty or reporting on it first-hand. (One covered his own eviction.)

Like Stone and Orwell, Ehrenreich is being shrunk down and turned into a domesticated toy version of herself, with the radical politics cut out.

One radical point Ehrenreich made, which is rarely mentioned, came early, in 1977. She (with her first husband, John Ehrenreich) named the ‘professional-managerial class’ (PMC) as a separate class and pointed out how there were damaging tensions between PMC and working-class folk in progressive movements and groups.

This was an important (though failed) attempt to inject some honesty and realism into left-wing circles, though ‘the PMC wasn’t a new idea. Anarchist thinker Mikhail Bakunin had written about the ‘new class’ of intellectuals 100 years earlier, in 1872. (He predicted that, in any future Marxist state, intellectuals would become the ruling class.)

Ehrenreich’s work is so varied that she is hard to categorise. She wrote books about the US health system, witches, the history of collective joy (Dancing in the Streets) and the downside of positive thinking. Her last books were Living with a Wild God: A Nonbeliever’s Search for the Truth about Everything (2014) and Natural Causes: An Epidemic of Wellness, the Certainty of Dying, and Killing Ourselves to Live Longer (2018).

The book I’d like to draw attention to is Blood Rites: Origins and the History of the Passions of War (1997), which drew on the latest paleoanthropological research about early humans.

One huge perspective-shifting fact that Ehrenreich hammered home in Blood Rites was that we have misunderstood our own story as a species.

Before we became top-level hunters, early humans spent hundreds of thousands of years as the hunted, as vulnerable prey for predators such as lions and tigers.

This has had a huge impact on our psychology and our behaviour (including programming in the ‘flight, fight or freeze’ reaction to danger).

When baboons travel in the African savannah, females with young children are generally in the centre of the group, along with the dominant males. Other females and other adult males are in the next ring.

Adolescent males, the most expendable part of the troop, are kept on the outside where they can be picked off by predators. They are a sort of sacrifice; offerings to protect more highly valued members of the group.

Very early humans (‘hominins’) may have travelled in similar formations when they were forced into the grasslands of Africa.

Blood Rites explores how human sacrifice – and, in fact, religion – may have their roots in how we reacted to our helplessness before the great predators. We may have worshipped the predators who we were defenceless against, and offered them sacrifices of one kind or another.

Ehrenreich quotes an expert, Mircea Eliade: ‘the Divine Beings who play a part in initiation ceremonies [among tribal peoples] are usually imagined as beasts of prey – lions and leopards (initiatory animals par excellence) in Africa, jaguars in South America, crocodiles and marine monsters in Oceania’, in the south-west Pacific.

It is the emotions we still carry from our long trauma of being prey, Ehrenreich suggests, ‘that color war with the profound feelings – dread, awe, and the willingness to sacrifice – that make it “sacred” to us.’

The bliss millions of Europeans felt at the outbreak of war in 1914, and the overwhelming feeling of joy that millions of young men felt as they joined up, may be linked in some way to the feelings our ancestors had about facing large predators collectively, and the awe they may have felt about the sacredness of sacrifice for the common good.

The emotions that overwhelmed these Europeans, and the war fever we’ve seen repeatedly since, have little to do with hate or rage or greed, Ehrenreich suggests. The ecstasy, she writes, was instead made up of some of the ‘noblest’ emotions: ‘feelings of generosity, community, and submergence in a great and worthy cause’.

Ehrenreich argues that the focus of war fever is not on killing the enemy, but sacrifice for a greater good. Sacrifice is the key.

(By the way, I wonder if the devotion that so many people felt towards the late queen was related to their sense of her ‘sacrifice’, leaving her palace day after day to serve the people by opening fêtes and hospitals.)

The thing is that ‘respect for sacrifice’ is also the fundamental value that gives meaning and power to nonviolent action.

The noble feelings that self-sacrifice brings out in people are what makes active nonviolence effective in mobilising allies, winning over those who are neutral, and, sometimes, transforming enemies.

When Martin Luther King Jr and other civil rights leaders sent thousands of African-American schoolchildren into the streets of Birmingham, Alabama, in May 1963, the teenagers were knocked down by fire hoses, beaten by police officers, threatened by attack dogs, and thrown in jail for days.

The shock of that sacrifice mobilised the entire adult African-American population of the city, most of whom had previously refused to be drawn into the struggle. Photographs of the children under attack changed national politics in the US and led to pressure from the federal government and from business.

When IRA and INLA paramilitary fighters went on hunger strike in British prisons in 1981 to demand political prisoner status, 10 of them going on to die, they turned the world upside down and created a wave of energy that pushed Sinn Féin, the IRA’s political wing, into the mainstream of party politics, paving the way for the situation today, where Sinn Féin is the largest party in the Northern Ireland assembly.

The nonviolent self-sacrifice of the hunger strikers won more for their cause than any military action could ever have done.

It turns out that those who take nonviolent direct action are drawing from the same source in human nature as those who mobilise for war: the respect and awe we cannot help feeling for people who are willing to sacrifice themselves for others.

We are not nobler than Them.

We are, in an important sense, exactly the same as Them.

This is a hopeful message, in a way, Ehrenreich says: ‘the passions we bring to war can be brought just as well to the struggle against war’. Ehrenreich finishes Blood Rites with these words: ‘what have all the millennia of warfare prepared us for, if not this Armageddon fought, once more, against a predator beast’, war itself?