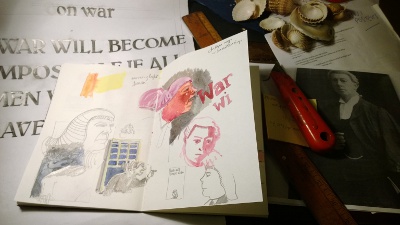 Pledge a donation to support PN's visual celebration of the people and movements that opposed the First World War, featuring the distinctive graphic art of Emily Johns. 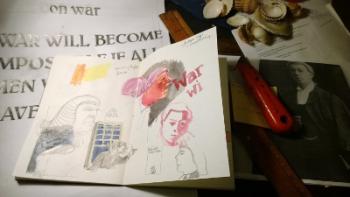 In 2014, to coincide with the 100th anniversary of the start of the First World War, Peace News is launching a major new project: "The World is My Country": A Visual Celebration of the People and Movements that Opposed the First World War.

At the centre of this project will be ten new full-colour posters designed and made by PN's co-editor Emily Johns, with research assistance from Gabriel Carlyle.

We've already raised the lion's-share of the monies required, but we now need your help to raise £3000 so that we can make this project maximally effective, including the production of a booklet version of the posters with the background research that can't be included on the posters themselves.

We're using the crowdfunding web-site Kickstarter to do this, and you can find out more about this project (including the sliding-scale of rewards donors) and pledge a donation here: http://tinyurl.com/theworldismycountry. Please note that this is a time-limited appeal, and that you have only until 26 January to make your pledge.