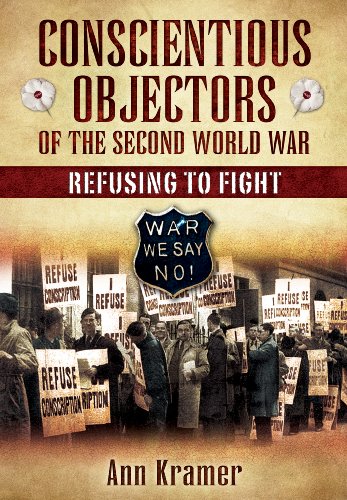 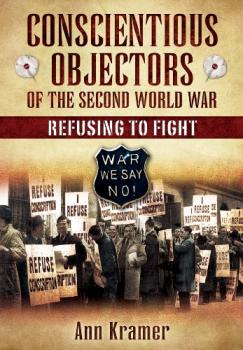 At a time when many people in politics and the peace movement are focussing on the centenary of the start of the First World War, it may be thought inappropriate to bring out a book concerning the re-run 20 years later. Ann Kramer’s book, however, is a salutary reminder, not only of the irony of HG Wells’s 1914 book title (The War that Will End War) but also of the strength of the Second World War pacifist movement that largely had its roots in the struggle against the earlier war.

It is 30 years since Rachel Barker’s Conscience, Government and War, and 60 since Denis Hayes’ classic, Challenge of Conscience, and, while giving a general overview of the way the system worked, Kramer complements her forerunners by extensive use of direct quotation from the COs themselves.

Many of these are derived from the Imperial War Museum’s audio recordings of war resisters and some from interviews by the author.

Together, they show conscientious objectors in all their infinite variety. There never was a stereotypical CO: there were absolutists and alternativists [those prepared to undertake alternative civilian work not under any military control – eds]; the wholly-convinced and the self-doubters; the religious, the agnostic and the atheist; the political and the humanitarian.

And while some went to prison, others worked in the fields and down the mines, as human guinea pigs for researching scabies, in pioneering social work in the Pacifist Service Units (travelling abroad as far as China with the Friends Ambulance Unit), and as non-combatants in the army (even parachuting into Normandy as paramedics on D-Day).

Women are well-represented among the interviewees, although, because conscription was applied to women in a very limited way, there were only 1,000 women objectors compared with 60,000 men.

Industrial conscription – the direction of civilians into work deemed useful to the war economy – was enforced more evenly among the population, and the lack of recognition of conscientious objection to such work created problems and punishments for women as well as men. Similarly with compulsory fire-watching – monitoring domestic and commercial premises for fires from bombing.

The author points out that conscription continued (for young men only) until 1960, creating another 9,000 objectors, and recent wars have created a moral crisis for some volunteer soldiers. (Unfortunately there is no mention of the continuing right – established during the Second World War – to claim a discharge on the ground of having developed a conscientious objection to military involvement.)

Useful reading and resource lists will help to carry an enquirer forward.

Interestingly, and refreshingly, the book ends with the essential idiosyncrasy of the conscientious objector. The late writer Tony Parker reflected on what he would have done differently had he been faced with the CO decision more recently: instead of complying with the request to prove himself before a tribunal, he would have said (and others he had interviewed said the same): ‘I’m a conscientious objector. I’m not going to take part… you must do whatever you feel is necessary and I’m not even going to explain it to you’.