Robert Leach, 'Partners in Imagination: The Lives, Art and Struggles of John Arden and Margaretta D’Arcy' 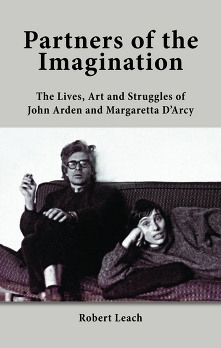 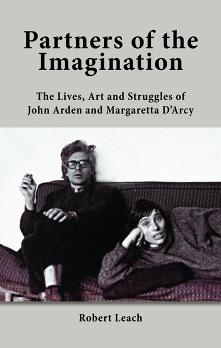 Here is a literary biography that gripped me all the way to the end. Robert Leach describes the individual lives of the playwrights John Arden and Margaretta D’Arcy, but the core of this study is their creative relationship. John started his adult life as an architect and Margaretta as an actress. In Leach’s narrative, on an evening in 1956, as John was beginning his career as a highly regarded young writer creating plays for the prestigious Royal Court Theatre, the pair made a pact that they would use drama to liberate theatre, explore politics and change the world.

And so unfolds a partnership and lives that produced such profoundly important plays for the British and, later Irish, stage as Sergeant Musgrave’s Dance, The Business of Good Government, Armstrong’s Last Goodnight and the epic The Non-Stop Connolly Show.

Both these writers took positions of principled integrity which led to them picketting a production of their own play, The Island of the Mighty, by the Royal Shakespeare Company; being a part of the woman’s ‘dirty protest’ in Armagh Gaol; being imprisoned with their children in India; being prosecuted for slander for the activist play The Ballygombeen Bequest. They had a life of political struggle which both fed their plays and which impacted on their art world careers and their personal fortunes.

For me the most interesting aspect of this story is the issue of creative collaboration between a man and a woman, a wife and a husband. The British theatrical establishment resented Margaretta; one senses they thought that she stole their John Arden. Maybe they resented her fire and radicalism, but most definitely they were disturbed by the notion that a play could be authored by a couple. John was forced out of the British scene and Margaretta was demonised. I was moved to tears reading of the tremendous creative power that was released by them sitting either side of the kitchen table. I was moved to get their plays out of the library and make my friends come round and read them with me. And I was gripped by the idea: ‘Peace News should put on the Non-Stop Connolly Show!’. Who wants to help?

John Arden was the Chair of Peace News Board,1966-70, and Margaretta D’Arcy, still active against war and injustice, scattered his ashes last October on the runway of Shannon airport in a protest against drones.