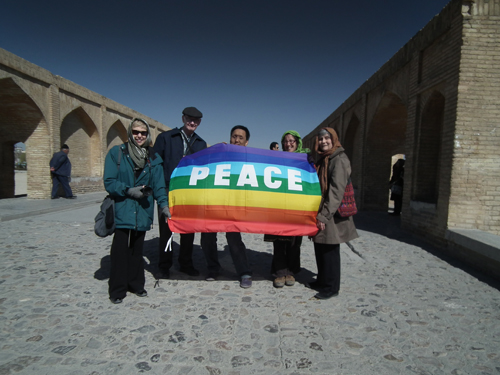 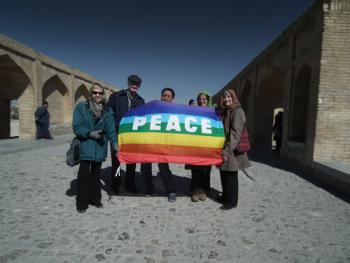 The latest round of negotiations on the Iranian nuclear crisis ended with modest progress, and a firm warning from the United States that: ‘the window for a diplomatic solution simply cannot by definition remain open indefinitely’ (secretary of state John Kerry, 4 March).

At the talks in Almaty between Iran and the P5+1 (Britain, China, France, Russia and the US plus Germany), the US softened its demands and offered slightly more in the way of a possible relaxation of sanctions. Iran’s top nuclear negotiator Saeed Jalili called the talks ‘a positive step’.

Iran has been signalling for a while that it is ready to make major concessions, such as limiting the enrichment of uranium to the 5% level, shipping out some (maybe most) of its 20%-enriched uranium, and allowing inspections of bases suspected of involvement in an alleged nuclear weapons programme.

At the end of February, former Iranian nuclear negotiator Seyed Hossein Mousavian told the Arms Control Association in Washington DC that if the west wants Iran to make strategic concessions like these, it needs to offer the ‘strategic removal of sanctions’, not ‘targeted’ concessions like access to civilian airplane parts or fewer restrictions on gold trading.

Michael Axworthy, author of a well-received new book on Iran (Revolutionary Iran: A History of the Islamic Republic), observes: ‘the fact is that the US and other western countries are not yet willing to take yes for an answer’.

Peace News has covered one example of this phenomenon.

This was exactly what the US had demanded, and what Iran had vehemently refused in 2009.

Given the failure of the fuel-swap, Iran has created 280kg of its own 20%-enriched uranium – and turned 111kg of it into powder for fuel plates for research reactors producing medical isotopes for cancer patients.

In October, Israel made it clear that it would not tolerate Iran having a stockpile of over 240kg of 20% uranium, because this could within a few months be enriched into 25kg of 90% uranium, enough for one bomb. Iran appears to be managing its stockpile to remain well under the 240kg figure.

They cited US vice-president Joe Biden’s national security adviser, Antony J Blinken, who said in February 2012 that the US was focused on ‘buying time and continuing to move this [Iran] problem into the future, and if you can do that – strange things can happen in the interim.’

The Leveretts argued that the Obama administration ‘is “buying time” for a more pernicious agenda: time for covert action to sabotage Tehran’s nuclear program; time for sanctions to set the stage for regime change in Iran; and time for the United States, its European and Sunni Arab partners, and Turkey to weaken the Islamic Republic by overthrowing the Assad government in Syria.’

The latest moves are likely to be part of that strategy of delay, which increases the risk of war. They are unlikely to indicate a major US strategic reversal.

The next P5+1 meeting with Iran takes place on 5-6 April.