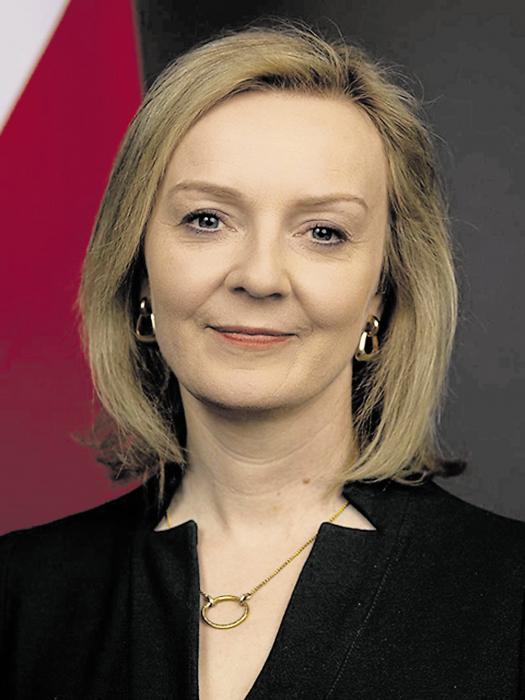 As Noam Chomsky has repeatedly pointed out since February: ‘our prime concern should be to think through carefully what we can do to bring the criminal Russian invasion to a quick end and to save the Ukrainian victims from more horrors’ (PN 2660).

This must mean an immediate ceasefire and a quick peace agreement along the lines nearly agreed at the end of March.

Chomsky warned in June: ‘to oppose or even act to delay a diplomatic settlement is to call for prolonging the war with its grim consequences for Ukraine and beyond. This stand constitutes a ghastly experiment: Let’s see whether [Russian president Vladimir] Putin will slink away quietly in total defeat, or whether he will prolong the war with all its horrors, or even use the weapons that he indisputably has to devastate Ukraine and to set the stage for terminal war.’

Here in Britain, the outgoing prime minister, Boris Johnson, and his foreign secretary, Liz Truss, have done all that they can to undermine diplomacy and to prolong the war, trying the ‘ghastly experiment’ which is costing so many Ukrainian lives and which may end in the destruction of the country.

In fact, Johnson and Truss did their best to undermine the March – April negotiations between Ukraine and Russia that may have come close to ending the war.

On 29 March, Zelenskyy’s official website published details of his government’s ‘proposals for a new system of security guarantees for Ukraine’.

The first element would be a declaration of Ukrainian neutrality, a commitment that Ukraine would not join NATO or any other military alliance.

Ukraine would not allow foreign military bases or foreign military forces onto its territory, or join military-political alliances such as NATO. Military exercises on the territory of Ukraine will be possible with the consent of the guarantor countries.

Ukrainian security would be guaranteed by a international treaty signed by the permanent members of the UN security council, and others.

“Truss said she was ‘very sceptical’ about peace talks, describing them as a ‘diversion’ and a ‘smokescreen’”

This security guarantee would be suspended ‘temporarily’ in ‘the temporarily occupied territories of the Donetsk and Luhansk regions and the Autonomous Republic of Crimea’.

Ukrainian negotiators said that a crucial component of its neutrality would be membership of the European Union, ‘facilitated’ by all the guarantors of its security (including Russia).

This system would be ratified through an all-Ukraine referendum.

The second element in the Ukrainian proposal was that ‘the position of Ukraine and Russia on the status of Crimea was offered to be fixed as a separate item’.

Thirdly, the future of the Russian-occupied parts of the Donbass region in the east would also be dealt with separately: ‘a separate item, which will be considered within the negotiations between the Presidents of Ukraine and Russia’.

Just after Ukrainian and Russian negotiators agreed the structure of a future possible peace deal, Johnson appeared in Kyiv on 9 April ‘almost without warning’ to tell Zelenskyy that Putin was a war criminal who should be pressured, not negotiated with. This is according to the Ukrainian paper, Ukrayinska Pravda, relying on sources close to Zelenskyy.

Johnson also reportedly told the Ukrainians that Britain would not sign an agreement with Russia on security guarantees, blowing a big hole in a key part of the peace deal.

Ukrayinska Pravda says that Johnson also urged the Ukrainians to keep fighting because Russia was not as militarily powerful as the West had thought in February.

A few days later, on 12 April, Putin declared that the peace talks were at ‘a dead end’. Russia said that Ukraine had backed away from what had been agreed previously.

Later in April, Johnson criticised peace talks between the two countries, likening them to negotiating ‘with a crocodile when it’s got your leg in its jaws’. This suggests that peace talks should only happen, if at all, when the crocodile has been forced to let go of your leg – when the invader has already been driven out of your territory.

In June, Johnson pushed Ukraine not to accept ‘a bad peace’. He also told French president Emmanuel Macron that a peace deal would ‘only cause enduring instability’.

For her part, Truss, Britain’s top diplomat, has been hostile to diplomacy from the beginning.

On 18 March, Truss said she was ‘very sceptical’ about peace talks between Russia and Ukraine, describing them as a ‘diversion’, a ‘smokescreen’ and just ‘an attempt to create space for the Russians to regroup’. She said Russia had not put any ‘serious proposals’ on the table.

This was just after Zelenskyy had said: ‘the positions during the negotiations already sound more realistic.’

On 28 March, Truss said ‘we cannot allow [Putin] to win from this appalling aggression... this government is determined Putin’s regime should be held accountable at the international criminal court’ – decreasing Putin’s incentives to end the war early.

The foreign secretary added: ‘We know that Putin is not serious about talks.... We need to ensure that any future talks don’t end up selling Ukraine out or repeating the mistakes of the past.’

This was the same day that Zelenskyy was enthusiastically telling journalists that Ukraine was looking for peace ‘without delay’ and was willing to discuss giving up on NATO membership: ‘Security guarantees and neutrality, non-nuclear status of our state. We are ready to go for it. This is the most important point.’

Truss has continued pouring scorn on the idea of a negotiated settlement, criticising ‘the illusion of peace’ and ‘some uneasy peace’.

“Security guarantees and neutrality, non-nuclear status of our state. We are ready to go for it.” - Zelenskyy, 28 March 2022

On 27 April, Truss said: ‘We will keep going further and faster to push Russia out of the whole of Ukraine’ – the war must continue until Russia has been forced out of Crimea, despite the fact that this will start a nuclear war.

Ukraine specialist Anatol Lieven wrote on 5 May: ‘the Biden administration must move immediately to assure Russia that U.S. strategy is to help defend Ukraine, but not to impose a complete defeat on Russia and use this to weaken or destroy the Russian state.’

Lieven went on: ‘The first step should be for Washington to declare publicly that it supports a diplomatic solution to the issues of the status of Crimea and the Donbas, and that if Russia will cease its offensive in Ukraine and agree to a ceasefire, the United States will respect that ceasefire.’ (This would of course not imply US recognition of Russian claims to these territories.)

We must press the new British prime minister to follow this strategy for peace.