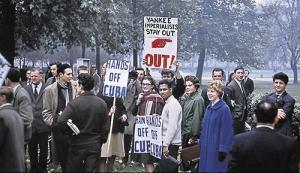 Why exactly was there a Cuban Missile Crisis 60 years ago?

When the US signed an agreement in 1959 to put Jupiter nuclear missiles into a non-nuclear weapon state neighbouring the Soviet Union, there wasn’t a ‘Turkish Missile Crisis’.

From their Turkish base, the Jupiters could easily reach Moscow – and deliver warheads 100 times more powerful than the bomb that destroyed Hiroshima.

Despite this provocation, the USSR didn’t start a military confrontation with US forces… 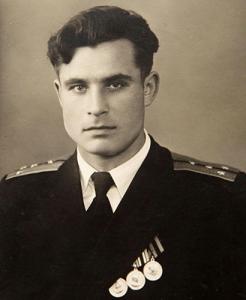 Nine years ago, we wrote about a Russian naval officer named Vasili Arkhipov who saved the world.

We’ve learned since then that the story of Arkhipov’s role in the Cuban Missile Crisis was a little more complicated than we thought. Even so, it is clear that Arkhipov played a key role in preventing a confrontation at sea turning into global nuclear war.

On 27 October 1962, 12 US warships surrounded a submerged Soviet submarine, the B-59, a began dropping hand grenades…