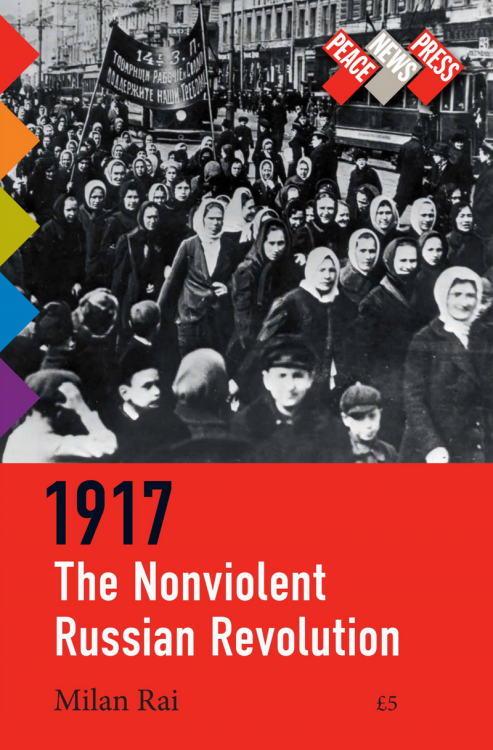 The Russian Revolution started in Petrograd in February 1917 with a mass nonviolent uprising of women protesting against the lack of break on International Women's Day (pictured), and continued through to the overthrow of the Provisional Government in October 1917 and the triumph of the Bolsheviks. The role of mass nonviolent action - in the streets, in the factories, on the railways, and in the barracks - in the making of the revolution has never been properly emphasised.

"Open-heartedness, persuasion and nonviolent civil resistance were all critically important to the success of the [Russian revolution] throughout 1917. Mass nonviolent action was vital in overthrowing the tsar in February, in defending the fledgling democracy from military coup in August, and in toppling the right-wing Provisional Government in October ... The point of this essay is not to pretend that it was one long Gandhian Salt March. The goal here is to see the Russian Revolution more clearly, and to hold up to the light some aspects that have been forgotten or obscured. There are extraordinary, inspiring, surprising moments of nonviolence that can and should be celebrated by nonviolent revolutionaries."
Milan Rai, 1917: The Nonviolent Russian Revolution