The World Is My Country 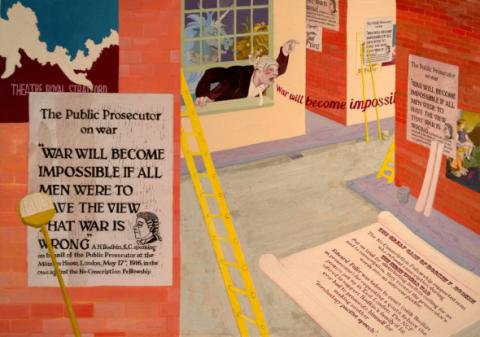 The First World War centenary (2014-2018) was accompanied by a tidal wave of events, exhibitions, TV series, books and commemorations. However, one key aspect of the War’s history received little attention: the history and stories of the people and organisations that opposed the conflict.

[We] will break before we bend … The world is my country” – Derby anti-war activist Alice Wheeldon, who was framed for plotting to murder the Prime Minister, Lloyd George, in a letter from prison, February 1917.

As part of its First World War centenary project, The World is My Country, Peace News produced a series of ten colour posters and eight poetry / song broadsheets, celebrating key figures and events from the First World War anti-war movement. These can be viewed here.

We also produced a 100-page booklet celebrating key figures and events from the First World War anti-war movement. The book can be bought in our webshop.