Time to convert the arms trade? 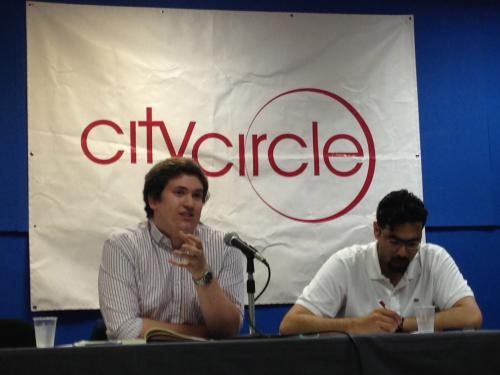 On 10 September, DSEi invades London. DSEi, or Defence & Security Equipment International, is the world’s largest international arms trade fair, and is held every two years at the London ExCeL Centre.

One of the most touted arguments in favour of arms production is employment. Companies and politicians constantly make the claim that a reduction in arms development means a loss of jobs.

However, that doesn’t have to be the case, and some alternatives to arms trade may actually be better for workers and the economy.

In many nations with arms trade industries, governments subsidise arms trade-related jobs with taxpayer money. As of May 2011, the Stockholm International Peace Research Institute (SIPRI) estimated the UK arms export subsidies at around £700 million per year.

As Alan Beattie of the Financial Times said, ‘You can have as many arms export jobs as you are prepared to waste public money subsidising.’

The massive subsidies demonstrate that the arms trade industry isn’t independently sustainable. Recently, a job-promoting anti-arms argument has been making the rounds among activist groups and individuals. The process has been called economic conversion, defence conversion, and arms conversion. Basically, it is a movement from military and arms production, to civilian markets.

At a public meeting hosted by the Circle City 30 August, arms trade writer and researcher Barnaby Pace said, ‘People who work in the arms industry, they’re generally very skilled. They’re very capable, and they are not using their skills for something that can be more productive.’

Pace noted recent suggestions to consider transferring these workers into fields such as renewable energy and nuclear power. Other fields that arms workers could potentially enter into include additional areas of climate protection, as well as education, health, and technology.

Studies have shown that the transfer is actually rather easy, because ‘the high-tech engineering and manufacturing work is quite similar,’ Pace said. 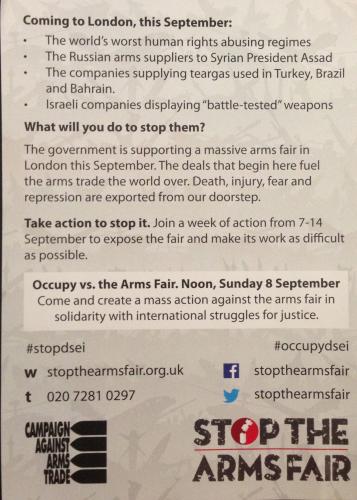 Campaign Against Arms Trade, of which Pace is an elected member, has commissioned a study into arms trade conversion specifically relating to renewable technology, due out in November.

The process of economic conversion has actually been around for a while, and was put into practice after the Second World War. It gained public prominence again after the Cold War. However, as Columbia University professor and conversion advocate Seymour Melman noted, many of the factories and manufacturers from the post-Second World War era had initially been used for other purposes, and were able to revert to those fields when the wars ended. In the 1970s, Melman said, ‘At the present time, the bulk of military production is concentrated in industries, firms, or plants that have been specialized for this work, and frequently have no prior history of civilian work.’

His observation is still applicable today, with arms industry dominated by multinational corporations that were created solely for arms production and profit. Resistance from arms companies and lack of civilian market experience aren’t the only barriers to pursuing conversion. There is a split among conversion supporters about how to actually implement the process. Some believe in a top-down approach, with conversion efforts based in government policy.

Other approaches have been suggested, such as a factory-by-factory approach, which would allow workers at various levels of arms companies and firms to come together and consider how their skills may be better utilised.

Lucas Aerospace is one of the most notable attempts at this worker-based approach, as explained in the November 2012 issue of Peace News. In the mid-1970s, Lucas Aerospace was composed of 18,000 workers in 17 factories across Britain. Workers from many levels of the company – and 13 different trade unions – joined together to create a conversion plan to move away from aircraft production. The workers sought more socially-useful production and increased job security.

They discovered 150 possible new products that Lucas Aerospace could manufacture with the existing machinery and workers, and selected 12 products to present to management. However, the plan was met with resistance from management and trade union leaders, partially because it united so many workers, from technicians to researchers.

As 30,000 arms dealers and 1,400 pour into London for DSEi, conversion advocates have the opportunity to capture public attention with an anti-arms agenda that doesn’t cut jobs.