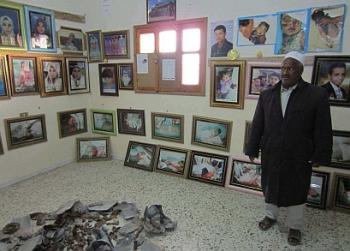 Human Rights Watch published its findings today on civilian casualties resulting from NATO's air strikes against Libya in 2011 in a report entitled 'Unacknowledged Deaths: Civilian Casualties in NATO’s Air Campaign in Libya', concluding that at least seventy-two civilians were killed as a result of the strikes, of which a third were children.

The seventy-six page report is based on extensive field investigations conducted by Human Rights Watch between August 2011 and April 2012 and follows a report published by Amnesty International in March entitled 'Libya: The forgotten victims of NATO strikes' which also documented civilian casualties stemming from NATO airstrikes. Human Rights Watch investigated eight NATO air strikes that hit residential homes and resulted in the seventy-two deaths, of which twenty-four were children and twenty were women. In addition to these tragic losses, dozens of other civilians were also wounded in these attacks.

As Human Rights Watch make clear international law “requires that all attacks be directed at military targets” and that civilians “are immune from deliberate attack” under these provisions. Whilst providing the caveat that civilian casualties in of themselves do not necessarily “indicate a violation of the laws of war”, following their on-site investigations Human Rights Watch conclude that in particular cases “the presence of a lawful military target at NATO bombing sites where civilians died is in doubt.”

Whilst NATO has claimed that all of its targets had military objectives that opened them to lawful attack, despite repeated requests, including from Human Rights Watch and a United Nations Commission of Inquiry, NATO “has not provided adequate information to support those claims”; another stipulation of international humanitarian law that the report highlights is the obligation of parties engaged in armed conflict “to investigate credible allegations of serious laws-of-war violations” and that such an investigation “would entail a determination as to whether the target was a valid military objective and whether the attacking force took all feasible precautions to minimize civilian casualties”.

Whilst Human Rights Watch acknowledge that NATO continually stressed that it was taking extensive measures to minimise harm to civilians, and that those measures seem to have had a positive effect, it also makes the point that, to date, “NATO has failed to acknowledge these casualties or to examine how and why they occurred.” Indeed, Fred Abrahams, the principal author of the report, extends this point further by commenting that any care NATO undertook during its air campaign has been “undermined by its refusal to examine the dozens of civilian deaths” that have resulted from its actions.

The point about a contradiction between the NATO mandate to protect civilians and its refusal to acknowledge or examine civilian casualties had previously been made by Amnesty International in March of this year. “It is deeply disappointing that more than four months since the end of the military campaign, victims and relatives of those killed by NATO airstrikes remain in the dark about what happened and who was responsible”, said Donatella Rovera, Amnesty International's Senior Crisis Response Adviser. Rovera went on to say that having “repeatedly stressed their commitment to protecting civilians” NATO could not “now brush aside the deaths of scores of civilians with some vague statement of regret without properly investigating these deadly incidents”.

The particular importance of such investigations comes not just from a requirement to provide full compensation to victim's families but crucially also because such investigations into military incidents that have resulted in civilian casualties can be used as part of an effort to reduce and minimise harm to civilians in any future military campaign. Without such investigations any possible 'lessons learned' that could help mitigate against such happening again in the future are lost.

In addition to which, such investigations can also help provide information that victim's families want and need as they grieve and strive to heal. In simple terms an example of this human need for answers and understanding in the face of personal loss and trauma was provided to the researchers by a resident of Bani Walid, Faiz Fathi Jfara: “I just need an answer from NATO: Why did you destroy my home and kill my family?”

In total, NATO conducted approximately 9,700 strike sorties and dropped over 7,700 precision-guided munitions during the seven-month military campaign over the Libyan skies.

A four-minute video synopses of the report is availble on the Human Rights Watch website and on their YouTube page.