The War We Nearly Stopped: Iraq 2003, with Milan Rai 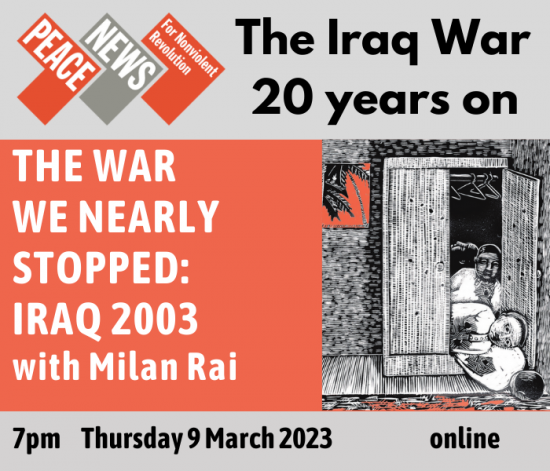 Zoom event with Milan Rai. Part of the series 'The Iraq War 20 years on'

The British anti-war movement needs to realise how close it came to detaching Britain from the 2003 invasion of Iraq. UN weapons inspectors were about to throw a wrench into US war plans – we came close to giving them the time they needed. On 11 March, ‘Wobbly Tuesday’, the MoD was reportedly ‘frantically preparing contingency plans to “disconnect” British troops entirely from the military invasion of Iraq’.

Peace News editor Milan Rai is the author of War Plan Iraq: 10 Reasons Against War on Iraq (Verso, 2002) and Regime Unchanged: Why the War on Iraq Changed Nothing (Pluto, 2003).