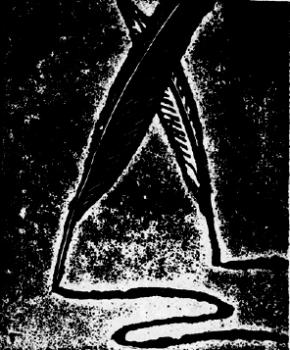 On a visit to Northern Ireland last week, I was given a copy of PN 2612–2613 with the debate about what happened at the London Anarchist Bookfair. I am shocked about what happened – both about the content of the two flyers reproduced in PN, and about the mobbing and assault of Helen Steel.

I think reducing what happened to an issue of free speech, as PN does, does not do justice to the complexity of the underlying issues. While I do agree that free speech is crucial – and I would not advocate banning any speech or any organisation (it would also not be very anarchist) – free speech needs to be balanced with the need to create safe spaces – for women, for LGB people, for trans and queer people.

Ask yourself: would you want to tolerate misogynistic, racist or homophobe flyers at the Anarchist Bookfair? Neither free speech, nor the concept of a safe space are ‘absolute’ – they need to be balanced so that there is both safe space and debate. This is not easy and there is no ready-made answer. And some people will feel uncomfortable but, then, leaving our comfort zone is often needed to advance.

What I see in the two leaflets reproduced in PN are two things: transphobia and a complete lack of understanding of trans people and trans identities, but also fear about being questioned in their identity as women, an identity upon which they have built their political and personal lives. What is lacking in the flyers and in the reaction of (some, I’d suggest) trans activists is empathy and a willingness to listen to each other.

It makes me sad to see this reproduced in the Anarchist Bookfair, a space where we should be able to listen to each other, and where empathy with the ‘other’, even if we do not understand where they are coming from, should prevail.

The issue of what is a woman (who defines this) is one of the issues here. The others are safe spaces (toilets, changing rooms), protection from discrimination (whose discrimination?), and more. All these are important issues and both sides are basically saying ‘we have the answer, and you are wrong’, thus blocking the debate.

The flyers are clearly transphobic, making pathologisation a requirement for gender reassignment. At the same time I doubt these women would accept a properly pathologised and certified trans woman as a woman. The problem is: there is no one concept of woman and going back to the difference between sex and gender does little to solve this. (See, for example: ‘Sex redefined. The idea of two sexes is simplistic. Biologists now think there is a wider spectrum than that’, in Nature, 18 February 2015.)

I can understand that for some women feminists it is not easy to accept that the concept they build their identity and politics on is now being challenged by queer and trans activists, and this creates fear (as is obvious especially in the MayDay4Women flyer). And this fear needs to be taken seriously, without allowing it to block debate.

There are many questionable claims in the text. Does protection of women depend on a legal category (even more so in an anarchist context)? I doubt it. There are measures against discrimination based on race, gender, sexual orientation, and what else, without these being legal categories.

And access to female toilets or changing rooms for trans women (without gender reassignment surgery, or with)? I wonder how often these women have shared a public toilet with a trans woman without knowing it. ‘Passing’ does not necessarily depend on surgery, and you won’t know unless (or even if) you inspect a person’s genitals. Let’s face it: in everyday life you usually assign a gender/sex to a person you see based on their appearance, as you do not know what genitals they have. Or do you want to have an ID check at each public toilet door?

A few years ago, I was in Sweden and experienced non-segregated public toilets. These can be as safe as sex-segregated toilets, and cut short the debate on who is supposed to use which toilet. And do you think it safe for a trans woman to use the male toilet? Or a queer non-binary person? I myself define as genderqueer – neither male nor female – where do you want me to go?

It is obvious that women are oppressed in this patriarchal society. So are trans and queer people, so are lesbians and gays, to different degrees. It does not make sense to use one oppression to negate the other. We need to find ways to take all these oppressions on board and to also understand that there are needs arising from experiencing any of these oppressions. And these needs are different.

The behaviour of some trans activists at the Anarchist Bookfair does little to advance the debate, as it wants to impose just another – their – definition, and it seems quite violently. This is not acceptable. However, how could the Anarchist Bookfair be a safe space for trans people if, as a trans person, you have to accept the kind of transphobia expressed in the flyers? I do not have the answer, but this need for a safe space also needs to be taken as seriously as we do (hopefully) take seriously the need for women spaces. As these two concepts clash here (at least seemingly), how do we create a safe space to listen to each other, have an open debate, and develop solutions which take everyone’s needs and fears into account?

The lack of empathy, of listening, expressed at the Anarchist Bookfair, but also by the editorial treatment in PN, makes me sad. We still have a long way to go it seems.

Why does Charlie Kiss say (PN 2614–2615) that PN facilitated the distribution of ‘anti-trans’ leaflets after the deplorable event at the Anarchist Bookfair? As I understand it, those leaflets were handed out by a women’s group who felt that women’s rights were being changed without most women’s informed consent. They had a logical reason to be campaigning – Jeremy Corbyn, that most inclusive of politicians and enthusiastic supporter of self-ID [the right to be recognised legally as a woman on the basis of self-identification], has said it’s an issue people have a right to campaign on.

The campaigners on the other side, ‘transactivists’ as they’re generally called, have put about the idea that radical women’s movements are ‘anti-trans’ – but to disagree with someone’s policies is not be be against that person as an individual.

It is slanderous to imply, as Kiss does, that radical feminism is comparable to fascism. The radical women’s movements I’ve had dealings with are not trying to deny transwomen anything they need, simply saying that tailored provisions should be made for them, rather than all women’s provisions opened up to anyone who says they’re a woman.

Kiss presents the common argument of transactivists, that the current GRA is a bureaucratic nonsense – and I agree, it is. But the answer is to produce a more effective law, and to be clear about where the boundaries are for women as biological females. Kiss tells us ‘there have been no problems in Ireland’. There are obvious reasons why you can’t compare the affects of self-ID from one country to another – in the case of Ireland for example, male prisoners don’t get to identify as a woman and switch prisons. That has been happening in the UK, and it has caused problems. And, yes, I daresay it is less problematic in Denmark – a country that has far more civilised and better-staffed prisons and hostels than the UK does.

Kiss says no one is asked to show their birth certificates in toilets – no, that’s because until recently, we could safely challenge anyone who appeared to be male who was hanging around in the ladies (it does happen, we do challenge them, and there is often good reason to do so). Kiss says sport is no problem – tell that to the women who’ve been injured or trounced by transwomen in US sports in the last few years.

Kiss tells us sex-based data won’t be prejudiced because ‘the numbers involved are miniscule’ and yet on the subject of ‘passing’ as women, Kiss knows ‘countless numbers’ who do so.

Kiss says the woman running a crowdfunder to take legal action against the Labour Party aims ‘to stop transwomen appearing on all-women shortlists’ – does she? Or does she merely aim to stop ‘anyone who identifies as a woman’ standing – because that’s Labour’s current criteria, and administrating it has very obvious problems.

That though, is the level of argument we’ve been faced with over the last year or so, as it’s gradually become clear that the rules are changing – in affect, have been trampled and disregarded, whilst most women still don’t know the details of what’s happening.

We often don’t get any arguments at all – we’re just told we lack compassion, or that we’re being silly (or bigoted, or transphobic or fascist) and the cavalier manner in which questions and concerns are brushed off has done nothing but increase many women’s anxiety. A phobia is an irrational fear. It is not irrational for mums to cry ‘hang on a minute!’ when the laws and the social conventions that generations of women have used to protect themselves and their children have evaporated overnight.

“Let’s have a nationwide discussion, with less shouting down & abusive responses”

We’re told trans people aren’t dangerous – we didn’t say they were, but if accommodating them means leading autistic, gay and lesbian kids down a path of irreversible medical changes wherever their particular discomfort with gender roles is misinterpreted; when we see signs in toilets telling us not to question someone ‘we think might be using the wrong toilets’, something we’ve taught our kids to help them avoid ‘dangerous strangers’; when our politicians and professionals decide they can sweep aside the equalities law that allows some spaces and services to be set aside for biological women, without any attempt at risk-assessment; when the world suddenly turns unisex without any wider conversation about the fact that 98 percent of violence against women is perpetrated by men; when we learn that around 80 percent of transwomen do not have surgery, and so are still intact biological males, our fears are not irrational.

Try reading some of Kristina Harrison’s work on this subject, or go look for her on YouTube. She is a transwoman who, as she puts it, ‘stands with women and girls’ – she empathises with them. That’s why she’s happier living ‘as a woman’ and it is the empathy she has that leads her to say we do have a problem with self-ID and that the answer is not to shout women down and tell them to get used to the fact that anyone is allowed in women’s spaces, on women’s courses, and anyone is allowed to claim the increasingly scarce bursaries and protections that had been put in place for women, protections that the current government has spent years whittling down to a shaky and insufficient provision, even without ‘countless numbers’ of extra takers.

Our fears are not irrational. Give us time, give us space, let’s have a nationwide discussion, with less shouting down, abusive responses and general misogyny. Only then will we find a way forward that works for everyone.