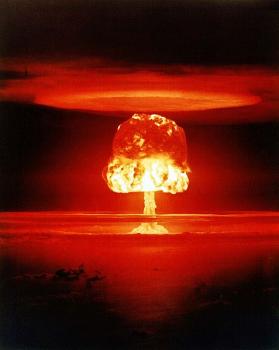 The Women’s International League for Peace and Freedom, WILPF, as its known to its friends, has a unique perspective on the TPNW that has been a significant driver in bringing it to this wonderful moment of entry into force.

Unlike other nuclear treaties, the TPNW specifically mentions the disproportionate impact on women, the damage caused to the environment we all depend on and the wholesale disregard for indigenous people that have suffered the effects of nuclear weapons use and tests.

In other words, it succeeds through a feminist and human rights-based approach to the profoundly undemocratic and inhumane characteristics of any nuclear weapons regime.

WILPF's ‘Reaching Critical Will’ programme at the UN played a huge part in ICAN's work in bringing diplomats, academics and survivors together for the unstoppable change that will eventually lead to nuclear weapons elimination.

In July 2017, following international concerns about the catastrophic humanitarian consequences of any use of nuclear weapons, a majority of UN states adopted the first treaty imposing a total ban on nuclear weapons. The TPNW (aka ‘the nuclear ban treaty’) covers all aspects of nuclear weapons, including use and threat of use, development, sharing and offering assistance to another state that is engaging in these activities.

The impact of the treaty is fully understood by the nine nuclear-armed states – China, France, India, Israel, North Korea, Pakistan, Russia, the United Kingdom and the United States – which is why they refused to participate, and applied huge pressure on other UN member states to join their boycott.

The only NATO member at the treaty conference was the Netherlands, in attendance after huge democratic pressure. They cast the sole vote against the treaty.

WILPF has two commitments at the UN; first, disarmament and secondly for the participation of all women and men in the decisions that affect them. Despite the first UN resolution, that nuclear weapons use should be prevented, the nuclear-armed members have never been ready to abandon what is called nuclear deterrence.

In 2010, the International Committee of the Red Cross declared that they would be unable to provide an effective disaster response to any nuclear weapons use. Non-nuclear-armed states started to share knowledge of what this means.

Listening to researchers and survivors clarified things. Impacts would be catastrophic and irreversible for the environment everywhere, including the countries that were not nuclear-armed. This challenged the idea that the nuclear-armed states could be described as 'civilised', or that non-nuclear-armed countries could be left out of the negotiations.

Nuclear weapons fail to provide solutions to 21st-century problems of climate change, cyber insecurity, and loss of bio-diversity. Without even being launched, nuclear weapons actually heighten all of these risks and feed a dangerous culture of structural racist violence.

In advance of the TPNW negotiations, the US wrote to NATO states and asked them not to participate. They expected the treaty to place difficult limitations on US nuclear weapons strategy. In the UK, the government refused any Scottish representation at the UN. Just before the final TPNW ratification, Associated Press broke the story of how the US was pressurising countries to withdraw ratifications. None of these actions indicates that the treaty is ineffective.

Will the TPNW bind states that do not join? Even without discussing the divestment currently haemorrhaging finance for nuclear weapons, the impact will affect all states.

UN treaties arise from a shared understanding of what is acceptable. They create stigma and they change the global perception of tolerable behaviour by creating firm alliances that help to protect small or poor countries from cheque book diplomacy and unfair pressure from former colonial relationships.

Prohibition treaties change the internationally accepted view of a weapon, and create economic difficulties for states outside them. The US still has not signed or ratified the Landmine Treaty, but no longer manufactures or uses landmines. The prohibition makes landmines universally unacceptable. Since it entered into force, the treaty’s impact has increased.

The countries who have ratified the TPNW will be bound by its prohibitions and obligations 90 days after the 50th ratification – on the 22 January. Watch it grow!