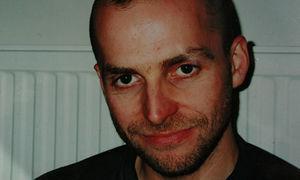 Today, 3 May 2018, former undercover police officer Jim Boyling has been found guilty of gross misconduct for pursuing an unauthorised sexual relationship with 'Rosa' (a pseudonym) using his false identity, failing to inform his line management of the extent of his relationship, and disclosing confidential information to his target.

A disciplinary panel convened by the Metropolitan Police heard evidence from his former partner 'Rosa' / DIL, who was deceived into a relationship with Boyling in 1999 when he infiltrated 'Reclaim the Streets' and 'Earth First!' using the cover identity 'Jim Sutton'. Boyling also had prior relationships with two other women in 'Reclaim the Streets': 'Monica*' and 'Ruth'.

Less than two weeks before the disciplinary hearing, which was scheduled to last three weeks, Boyling opted not to attend the hearing or send a representative to challenge the evidence but made no formal admission to the allegations. His defence consisted only of written responses he gave in prepared statements. The panel nonetheless considered those responses along with other evidence, including video interviews with Rosa /DIL. Despite his failure to attend the hearing to challenge the evidence, Boyling made statements to the press in which he attempted to portray himself as the victim of unjustified police persecution who was too poor to attend the hearing. His statement asserted 'If you're going to pick on anybody, the family with the terminally ill children will probably be the weakest.'

In response to this statement, Rosa said 'He refers to "the family" to try to excuse himself. He has had no contact with the children at all since 2013. We fled to a refuge from him in 2007 to escape an abusive, manipulative, controlling relationship. Taking the private lives of children that he has nothing to do with and using them in the press to deflect from attempts to hold him to account is a new low.'

Rosa, a long term activist and community campaigner, met Jim Boyling through her involvement in 'Reclaim the Streets' in 1999. She knew him as Jim Sutton, a fellow activist with a caring persona and they began an intimate relationship. They moved in together, then she was subjected to a prolonged period of mental abuse from him when he claimed to be suffering a breakdown and went missing. Rosa then searched for him for around 18 months, struggling to cling to her sanity when her investigations revealed that 'Jim Sutton' did not exist, yet he was still emailing riddles to her, telling her to speak to no one as he was in danger.

This psychological manipulation left Rosa in an extremely vulnerable state and when eventually, shortly after she had drawn close to uncovering operations by the Special Demonstration Squad (SDS) undercover police unit, he walked into a shop where she was working. He was able to successfully spin a new tier of deceit founded on the old deceit. He was able to convince her that he was the same person, her partner in all but name, originally sent by the police but instead acting against them, protecting her movement and terrified the police would find out what he really was. He also asserted he was the only such officer, that the movement was safe now, but that he was left isolated and at risk needing her support to and assistance to flee abroad from his superiors in the police.

Rosa said 'When Jim reappeared it was a massive relief after all the grief and anxiety I had gone through following his disappearance and the mysteries uncovered during my search for him. I was desperate for answers to the confusing series of events of the previous 18 months and he appeared to be the only person who held answers. This left me vulnerable to his further manipulation. Although he told me he had been an undercover officer, he said it had all been an operational mistake and that he genuinely loved me, shared my beliefs and wanted to escape the police, but could only do this with my help. The new tales he told me – of being the same person I had been in a relationship with, of being a turncoat and needing my help to escape the police – were more believable than the truth.'

'The unlikely truth was this: my life partner was fabricated by the state. He never existed. I was pregnant within two weeks of his reappearance and bore children by the actor, a random police officer, who had played my partner. A stranger planted in my political movement, one of many, trained to undermine both everything I stood for and my traumatised self.'

'He used his professional skills of deception and manipulation to try to control my feelings and actions. He had me isolated from all my friends, comrades and associates, and I lived in an abusive relationship with him. I eventually escaped to a women's refuge with my children in 2007. This is all documented.'

The Metropolitan Police made an historic public apology in November 2015 when they acknowledged that relationships between undercover police and their targets were 'abusive, deceitful, manipulative and wrong... a violation of the women's human rights, an abuse of police power and caused significant trauma.'

The police also recognised 'that these relationships, the subsequent trauma and the secrecy around them left these women at risk of further abuse and deception by these officers after the deployment had ended.'

Rosa said 'Only through shining a light on these operations can we hope to end these abuses and stop history repeating itself. It is the very secrecy that surrounds them that allows those whose trade is deceit, manipulation and sexual abuse to run amok and prey on the public.'

'This is an important verdict today, not only to protect the public from Boyling taking such roles in future but also to send a message out far and wide to other officers that such conduct is totally unacceptable.'

*Earlier this week, ‘Monica’, another woman deceived into a sexual relationship by Boyling announced she was bringing judicial review proceedings against the CPS for failing to prosecute him for sexual offences and misconduct in public office.

Police Spies Out of Lives is a campaigning support group working to achieve an end to the sexual and psychological abuse of campaigners and others by undercover police officers. The photo of Jim Boyling is from Powerbase.