Raising the alarm: Why we should all support Extinction Rebellion 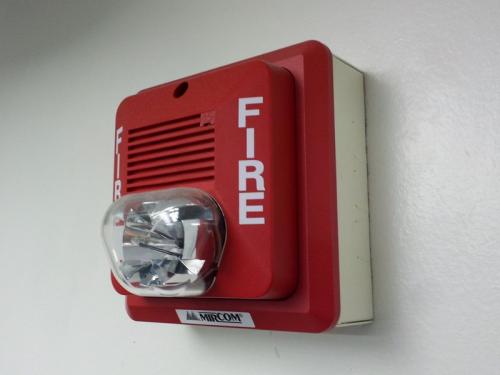 This isn't a campaign, it's an alarm.  We’re not trying to build fire-safety awareness and improve the provision of emergency exits - we’re trying to evacuate a burning theatre.

Some of us, myself included, have perhaps been aware of the unfolding eco-crisis for so long that we’ve grown acclimatized to it. We’ve seen the window of opportunity that a growing green awareness has opened, but forgotten that it is a time-sensitive, closing window. With every hour that passes the opportunities for survival have been shrinking, and the corrective measures required have become more drastic.

Gabriel describes as “utopian” the demand that the Government enact ‘legally-binding policies to reduce carbon emissions in the UK to net zero by 2025’.  Of course the government is not yet ready to meet that demand!  But the people have to hear the demand, understand why it is necessary, and take whatever steps are then required to ensure the survival of their children, whether the government gives a lead or not.  Gabriel may need to catch up on some recent climate news. Time, tides, and rising temperatures linked to rising carbon emissions, are waiting for no one. It is only utopian now to believe that they might.

Speaking truth to power - and to the populace at large - means demanding that our existential crisis be acknowledged and placed at the centre of ALL policy-making.  This may feel unrealistic, but objectively it is the only course that makes sense, if any of us are intending to draw breath in ten years time. And I would argue it meets Gabriel's criteria for presenting achievable demands, because, once adopted, a host of intermediate demands like ending fracking, airport expansion etc flow inevitably from it.

Scepticism is natural and healthy for seasoned activists. But although we in the West have lived through a long period of relative equilibrium, history also teaches us that the unthinkable can become thinkable very rapidly in a crisis. If enough people can psychologically enter "emergency mode” then, at the same time as we grieve for the possibilities we have lost for good, the ground is cleared for embracing new possibilities. People whose interests our current order has pitted against each other may become united in a higher common cause, and achieve the inconceivable.

I think that growing frustration with what has become routine green messaging, eagerly co-opted by adaptive capitalist marketing, explains the astounding growth of support for XR’s civil disobedience plan amoung a whole layer of people like myself who have, like Gabriel, spent the last few decades attempting to transform society and save ourselves from future eco catastrophe.  The events of the past few months have brought home the awful reality that, despite our many individual “successes”, the future is now here, carbon emissions continue to rise, and the collapse of the global eco-system is reaching the point of no return. We’re relieved that someone has grasped the nettle and gone public with the unspoken truth we’ve all been feeling: Extinction is upon us - we will either now force a complete change of direction, or experience a fatal collision with physical reality within the next decade.

So this isn't about perfecting a well-honed campaign strategy with predictable outcomes, although the guys at the core of XR have made a good attempt. Uprisings are melting-pots,  people with experience or strategic insight should get involved and give as much input as they can. It's crucial that we do, as the more intelligence we pool together the better and quicker we will evolve.  But we are thinking on our feet now, as we try to mobilize for a last-ditch opportunity to prevent the extinction of our species and our fellow creatures.

It's all hands on deck time, and we needed someone with the bluntness and single-mindedness of a Roger Hallam to rally our attention and focus it.  I wish Gabriel had been at the same XR public meeting I went to. I was so impressed to see my peers, many of whom have never been frontline direct-action campaigners, signing up to take arrestable action. Whether that materialises is yet to be tested of course, as is the emerging movement’s ability to handle the aftermath, prevent burnout and disintegration, and retain commitment. (The amount of thinking that XR has devoted to the internal character of the movement, which Gabriel seems to find disproportionate, is actually in my eyes a sign of its maturity in this regard).

We have seen enough initiatives come and go to know that this particular ER identity, style, logo etc will inevitably pass quickly away into the rear view mirror, but the crisis we are responding to will only become more intense for the rest of our lives.  Whether ER peters out miserably, collapses in scandal, burns out a generation, provokes brutal state repression, or morphs into the extinction resistance movement which will help to save humanity, the reality of imminent societal collapse, famine, war and unnatural disaster will, I’m sorry to say, only become more imminent in the coming months.

There are no sidelines to stand on. Critical voices need to become the critical hands which shape our interventions. This is not an ism. It is ours, make of it what we will.

Long-time activist Theo Simon has been involved in a wide range of political and environmental campaigns, including peaceful, direct-action events against fracking, nuclear power, climate change and social injustice. He is also the co-founder of the radical folk band Seize the Day.