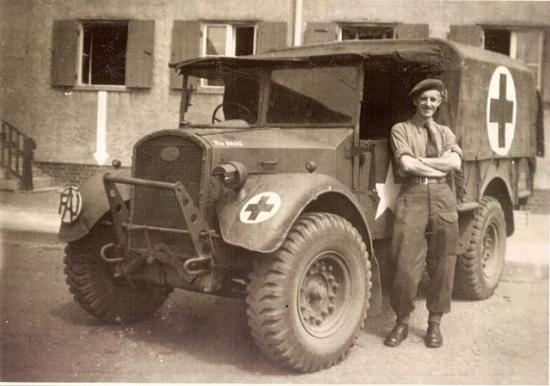 If British peacemakers of the early twentieth century had been listened to, we could have avoided the rise of many destructive movements.

Each year, around Remembrance Day, people all over the UK uphold the memory of those who have died in war. Some people wear red poppies to remember allied soldiers. Others wear white poppies to remember civilians and soldiers killed in war and to express their hope for a culture of peace.

This year, the St John Ambulance volunteer first aid group announced it would allow its members to wear the white poppy on their uniforms. This is consistent with the group's history, as St John Ambulance was one of the bodies under whose auspices the pacifist Friends Ambulance Unit risked their lives to tend the wounded in both world wars.

However, any hope that the national conversation about remembrance might be becoming more tolerant were quickly dashed. When the Peace Pledge Union’s coordinator Symon Hill was invited to ITV’s _Good Morning Britain_, he was barely allowed to speak by the show’s presenter. Piers Morgan took issue with the idea that anyone other than allied soldiers could be included in remembrance, shouting: 'WOULD YOU INCLUDE ISIS SOLDIERS?' 'WOULD YOU INCLUDE NAZIS?' After the encounter, Hill revealed that he’d had so many messages saying he should be killed that he stopped counting them.

The irony is that, in the cases of both the German Nazi party and today’s Islamic State terrorists, peacemakers warned of the likelihood of just such organisations emerging, but were ignored, shouted down, and in some cases even physically attacked by those who were advocating for the wars of the time.

Before the First World War, some humanitarians were paying attention to abuses in what were then Europe’s colonies. They warned that competition between the colonisers could lead to world war. But the warnings went unheeded. Even those highlighting Britain’s use of concentration camps in South Africa were name-called 'Pro-Boers'.

In the First World War, one of the largest peace organisations was the Union of Democratic Control (UDC) which campaigned for: parliamentary control over foreign policy; negotiations to form an organisation to help prevent future conflicts; and – prophetically – for a peace agreement that 'neither humiliates the defeated nation nor artificially rearranges frontiers as this might provide a cause for future wars.'

With the benefit of hindsight, we might wonder whether the rest of the twentieth century could have been different, had those voices been listened to. Instead, the leaders of the UDC were hounded by the press (who accused them of being 'pro-German'), the organisation's secretary was jailed, and the UDC’s parliamentary supporters lost their seats.

After the war, Britain and its allies imposed the Treaty of Versailles, requiring Germany to pay huge reparations (perhaps £284bn in today's money), give up 25,000 square miles of its own territory (containing seven million people), and hand over its colonies in Africa and the Pacific to Britain, France and Japan. Today, the treaty is regarded as a major factor in the chain of events that led to the rise of fascism and the Second World War. Concerns were raised by peacebuilders between the wars, who also warned of the dangers of arming and resourcing the emergent fascist powers. Again, they were ignored.

We could continue through the century noting how nationalistic and militaristic attitudes have laid the groundwork for further extremism and war, but, as Piers Morgan mentioned ISIS, perhaps we should pause there. Just 15 years ago, more than a million people (including Morgan) marched through London to protest against war in Iraq, warning that such an attack would make terrorism more rather than less likely. Once again, they were ignored. Along with the ill-advised military intervention in Libya, UK- and US-led warfare has created the conditions for the growth of terrorist networks in the Middle East, including Islamic State.

On the centenary of the end of the ‘war to end all wars’, surely the best way to honour those killed is to break the cycle of injustice and violence, by working for a culture of peace. As a first step on that road, let’s all see what we can do to foster a more tolerant conversation.

Tim Gee's third book, Why I am a Pacifist, will be published in 2019