As Theresa May announced a public campaign into the scandals around undercover policing, campaigners against police racism and corruption, The Monitoring Group, have launched a petition to stop the gagging of undercover whistleblower Peter Francis. 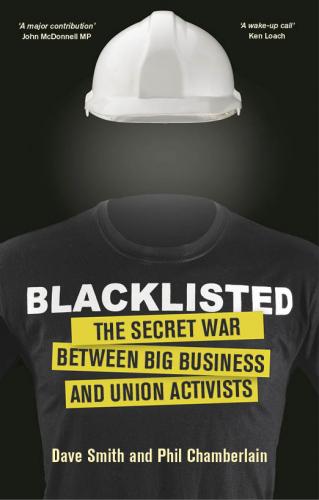 Peter Francis, who infiltrated anti-racism and trade union groups in the 1990s, has been at the forefront of exposing a secretive undercover unit, that targeted campaigns since 1968. It is now known that hundreds of officers from the Special Demonstration Squad were deployed across the political spectrum, many using the identities of dead children, and not a few having relationships with those they were targeting.

One officer in particular, Bob Lambert, using the stolen identity of Bob Robinson, fathered a child and was named in Parliament by Caroline Lucas as having planted an incendiary device at the Harrow branch of Debenhams in the 1980s. He, however, was not alone in either fathering children or acting as an agent provocateur. Other officers are known to have spied on family justice campaigns including the family of Stephen Lawrence.

On Thursday 12th March, there was the launch of Dave Smith and Phil Chamberlains' book Blacklisted, a powerful account of police and corporate collaboration to destroy the working lives of trade union activists. There, MP John McDonnell read out a statement from Francis, where he specifically mentioning how he played a role on spying on trade union activists in North London.

The same day, Home Secretary Theresa May announced there would be a statutory public inquiry into both the Special Demonstration Squad and the units that employed the likes of Mark Kennedy. It will be lead by Appeal Court Judge Pitchford.

In a set of emotional statements released through his solicitor, Francis has made apologies to those he targeted, and said he is willing to come to a public inquiry and tell what he knows. However, his time as undercover officer is covered by the Official Secrets Act. He can only speak out with permission from the Home Office or the Metropolitan Police.

To this end, the Monitoring Group, have taken the difficult decision to support a former serving police officer, saying that if truth is to be done, then Peter Francis needs to be able to speak freely. To this end there is a petition calling for the Official Secrets Act to be lifted in relation to him.

The petition to support Peter Francis is at https://www.change.org/p/to-the-home-secretary-we-demand-that-you-provide-peter-francis-with-authorization-under-the-official-secrets-act-so-he-can-provide-a-full-and-frank-account-of-his-undercover-work-for-the-special-demonstration-squad-without-fear-of-prosecution

"Blacklisted: the secret war between big business and union activists” by Phil Chamberlain and Dave Smith can be purchased from New Internationalist at http://newint.org/books/politics/blacklisted-secret-war/

Peter Salmon is a member of the Undercover Research Group, who document the activities of undercover police and their units. UndercoverResearch.net