Exclusive report from the Maldives on election day. 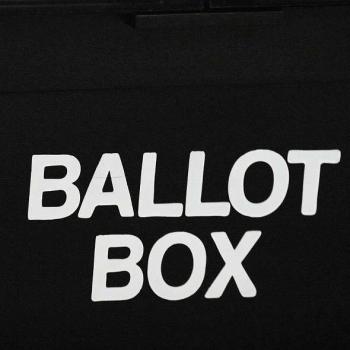 For the Maldives, indefinite political chaos remains the only certainty should presidential polling scheduled for today - the fourth attempt over the last two months to vote a new head of state to office - not be allowed to proceed.

Today's poll is scheduled to take place just days before the expiration of a constitutional deadline requiring that a new president be appointed by November 11.

The Maldives' fledgling democracy, ushered in following the nation's first ever multi-party presidential election in 2008, faces being plunged further into legal and political limbo should authorities fail to ensure the 2013 presidential vote goes ahead on the weekend.

After a first round poll held on September 7 was annulled by the country’s under fire Supreme Court - despite being recognized as both fair and credible by local and international observers - the government of outgoing President Dr Mohamed Waheed has come under intense global scrutiny to ensure the Maldives five year-long democratic transition continues.

The now defunct September 7 poll saw sole opposition candidate former President Mohamed Nasheedd – with  45.45 percent of the popular vote – scheduled to face Progressive Party of Maldives (PPM) candidate Abdulla Yameen – who obtained 25.35 percent of ballots - in a run off originally due to be held on September 28.

Nasheed, the country’s first democratically elected president, came to office in 2008, after unseating current PPM Leader former President Maumoon Abdul Gayoom – a leader who oversaw 30 years of autocratic governance alongside the growth of isolated island resorts exclusively for tourists and their owners.

The run off vote was later delayed and then cancelled by the country's highest court – itself accused by UN and international bodies of being politicised - based on grievances filed by third-placed candidate MP Gasim Ibrahim - a resort magnate and leader of the Jumhoree Party (JP), whose claims were later backed by the PPM.

President Waheed, who has also questioned the integrity of the poll after securing 5.13 percent of the ballot, has said he has no intention of remaining in office beyond November 11, despite overtures from Nasheed's opponents that he remain in office. Waheed took over the presidency from Nasheed, who resigned from office following a mutiny by sections of the police and military.

Pillay herself last week warned of a “dangerous drift in the democratic process in the Maldives” as a result of the Supreme Court's continued deliberations on the presidential elections.

With the eventual annulment of September's poll, a new date and conditions were set for fresh elections to commence

However, the election rerun due to be held on October 19 was prevented form being held by the Maldives Police Service, which argued Supreme Court orders had not been met after Nasheed's two rivals refused to sign the voter registry due to their continued allegations of misconduct against the Elections Commission.

Police, who at the time confirmed they had consulted both the President's Office and the country’s former attorney general on its decision to refuse to allow voting despite a lack of a court order, later labelled allegations they had acted outside of their mandate as “misleading” -  a claim backed this week by the Police Integrity Commission (PIC).

It can be argued that all eyes, both domestically and internationally, are now focused on the November 11 deadline and whether fresh polls scheduled for November 9.  An additional run-off vote is expected on November 16 should no single candidate secure the required 51 percent needed to assume the presidency in the first round.

With parliament commanded by a simple majority coalition represented by Nasheed's Maldivian Democratic Party (MDP) and the additional support of the Dhivehi Rayyithunge Party (DRP) – founded and once led by former President Gayoom - a motion has been passed for Speaker Abdulla Shahid to resume control and ensure voting takes place.

However, the idea of Shahid, who has been aligned with the MDP since April this year, taking office even on a temporary basis in order to oversee voting has been met with opposition by government-aligned parties.

One of these groups is the religious conservative Adhalaath Party (AP), which has alleged in local media that Shahid and parliament were working with the Indian government to oversee a coup.  The AP has claimed that India has agreed to send in troops to provide protection to parliament and ensure Shahid remains in place, with the speaker bound under the constitution to oversee fresh polls if both the president and vice president are unable to fulfil their duties.

President Waheed meanwhile has this week arranged to hold discussions with all three presidential candidates set to stand on Saturday to find a “political solution” to devise an interim arrangements in the event a new head of state is not sworn in by November 11.

The meeting is expected to be attended by all three candidates, according to local media.

Meanwhile, the UK-based Guardian newspaper this week reported on escalating fears among some Maldives-focused NGOs of escalating political instability due to a shipment of teargas, rubber bullets and stun grenades being sold by a British-owned firm to the country's government. The estimated US$100,000 shipment by a foreign subsidiary of Survitec Group in Southampton was said to have been purchased three weeks before the delayed election scheduled on October 19.

The country has meanwhile narrowly avoided running out of oil entirely amidst fears it had just days of supply left after securing emergency funding to bolster fuel supply. The Maldives Monetary Authority (MMA) warned earlier this week that it would have to consider printing money to cover future fuel debts considering an estimated US$140 in outstanding payments owed by the state.

As campaigning continues ahead of a possible vote on Saturday, former President Nasheed has called on rivals during an MDP campaign rally to compete alongside him rather than attempting to use the Supreme Court to disqualify the party's MPs from parliament on criminal charges or obstructing polling.

The PPM has maintained it will still not validate any voter list or accept the election unless the Elections Commission validate a list of 6,000 voters sent by the party for fingerprint verification via Maldives Police.

Both the PPM and JP have alleged there were several problems with re-registration forms for Saturday's vote. However, the EC has said that it was not possible due to time constraints to verify all fingerprints on the PPM's list that was submitted after a deadline has passed.

Come November 11, should no vote have yet been held, all bets will be off for the future for a young Islamic democracy that was once touted as a spiritual pre-cursor to the 'Arab Spring' movement.

Neil Merrett is a journalist with the indepedent Minivan News in the Maldives. Neil has previously provided Peace News with an exclusive from the Maldives that appeared on the blog in September entitled Redrawing the lines of Maldivian democracy.