The peace boxes of Parliament Square

On 3 May the police removed the remaining peace box, tent and other items of Maria Gallastegui's Peacestrike protest in Parliament Square after an injunction against the enforcement of the new restrictions on protest was lifted. Below are images of the peace boxes, inside and out, from the last year, and an update on the current situation. 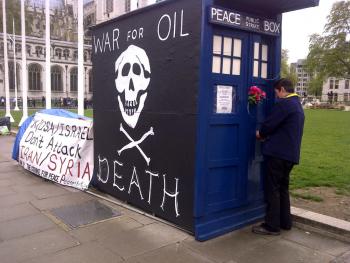 The remaining peace box on the morning before it was removed by police.

Maria has been protesting 24/7 since 2006 in Parliament Square. It has been the base for so many Peacestrike activities including daily petitions to 10 Downing Street, speaking out about the causes and consequences and the horror of war, and supporting the protest of others.

The peace boxes more lately became a focal point in Parliament Square with their powerful statements, art work and all-round creative approach to use of the space. The protests in Parliament Square have for 10 years been a visible expression that war is wrong and have become a place where those who wish to express their concern and sorrow in relation to war can gravitate towards, a space of common concern within the anonymous city.

Maria and the lawyers who have challenged the new restrictions on protest will go to the Court of Appeal and, if necessary, the European Court of Human Rights, to contest the case against the law. 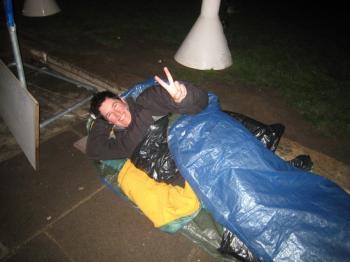 No sleeping in Parliament Square

With nothing but a single placard, sleeping bag and plastic sheeting, Maria spent last night on the pavement, determined to maintain her protest. At 3am the police arrived to enforce the law and gave her a warning to hand over the sleeping bag which she did. They informed her that she would be issued with a summons to appear at court.

Maria argues that it is vital to be able to sleep in order to sustain a long-term protest. Without sleeping equipment, that becomes very difficult and the protest is undermined.

What next for the peace boxes

Maria is keen to see the peace boxes auctioned to raise money for children in Iraq. One of the boxes in currently an exhibit in an art show in Los Angeles. See here 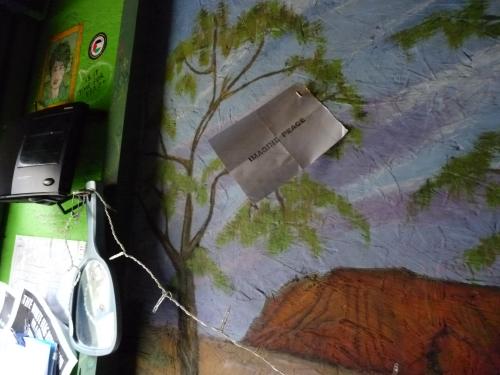 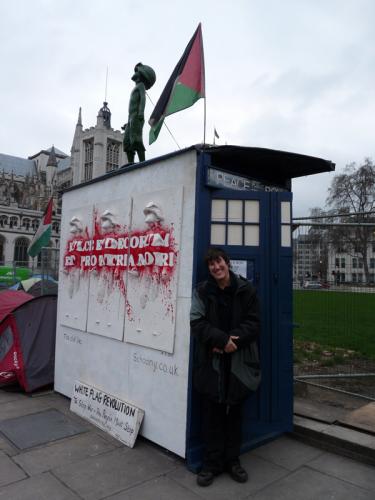 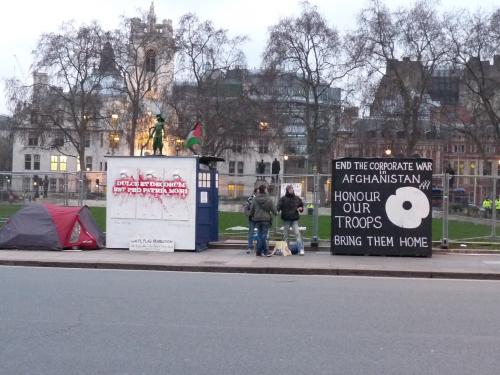 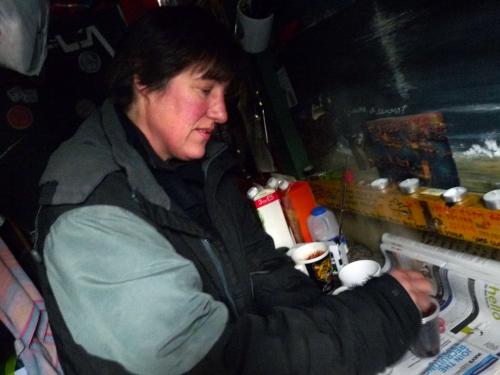 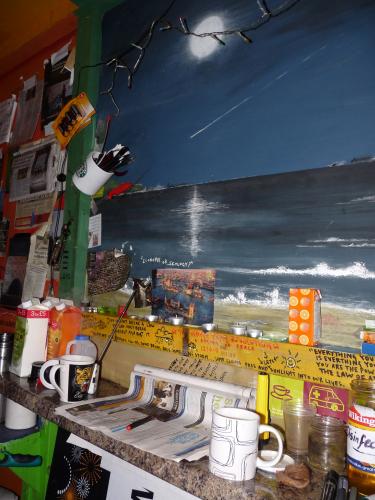 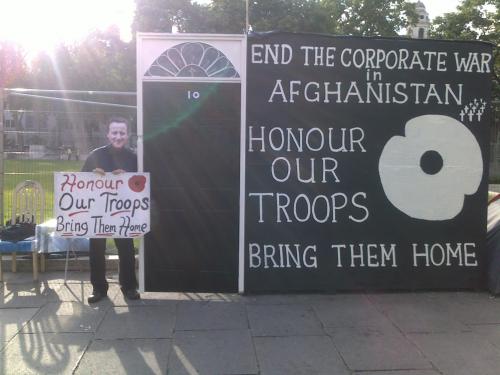 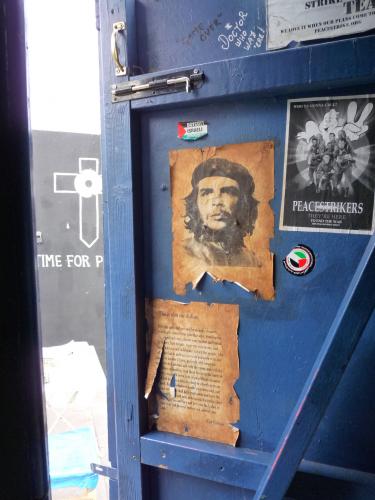