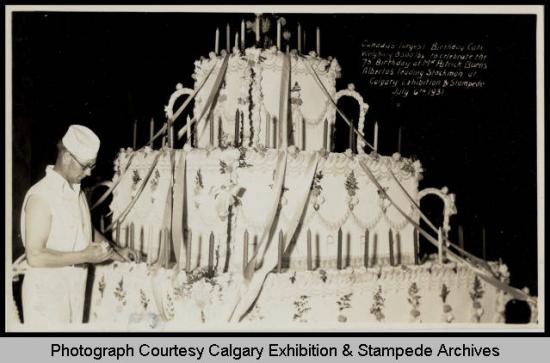 PN invited activists from around the movement to record what they were doing when Peace News turned 75.  Our birthday was on 6 June 2011.

Peace News is 75. Happy birthday! Today is another anniversary; it’s two years  since my Mum’s death so I’m feeling somber, remembering the failings in the hospital care she received and our struggle to get her home so she could die as well as she had lived: in peace, with her family, in familiar surroundings. Time was short, and when some of the things that should have happened to facilitate this did not and our questions met with poor excuses, we blew the whistle to get things moving. Although this had the desired effect and there was soon a proper package of support in place, we were treated with suspicion and downright hostility by some of the professionals involved and we know that their displeasure was communicated to Mum, causing her a lot of distress. It helps that the ultimate outcome was three months of excellent care at home before she died, but I’m still upset about the way it was dealt with.

I’m also reflecting today on the recent revelations of abuse at a Bristol care home, exposed last week in a BBC Panorama programme. The authorities had simply ignored the concerns raised by the care worker, which allowed the abuse to continue. I wonder about this unidentified whistle-blower’s future career prospects. I had a conversation about whistle-blowing recently with a work colleague who has been working in learning disability services for years. She said that in almost all whistle-blowing cases she was aware of, the person exposing the abuse had subsequently found themselves investigated: either fabricated allegations or a big fuss made about a small transgression. Without exception, they had been bullied, victimised, ostracised, made ill and eventually hounded out of their jobs, giving the lie to workplace whistle-blowing policies and ‘protection of vulnerable adults’ training which imply that the authorities will be grateful to have these matters, which workers have a duty to report, brought to their attention.

If this is what happens when an employee follows proper procedures and reports abuse in a single work setting, what sort of reaction will there be when someone blows the lid off decades of government lies, cover-up and iniquity, exposing their misdemeanours at home and abroad for all to see? The recent histories of Wikileaks founder Julian Assange and accused whistle-blower Bradley Manning answer that question fairly comprehensively. The question I’m asking myself though is: How can we best support them?

It’s June 2011 and Bradley Manning has been incarcerated for over a year, mostly under conditions of torture, and faces charges which could result in the Death Penalty. If he has done what he’s accused of doing, then he’s a whistle-blower who has exposed war crimes. He should be released and thanked for his public spirited actions, as should Julian Assange whose WikiLeaks site made it possible for anonymous disclosures to be put into the public domain.  Exposing war crimes is not a crime! Assange is appealing against a ruling that he should  be extradited to Sweden over alleged sexual offences, where he would face a trial behind closed doors. Once there, he would likely be extradited to the US to face charges in relation to his WikiLeaks activities. In a letter to the Guardian on the subject of Sweden’s extradition request, Katrin Axelsson of Women Against Rape wrote: There is a long tradition of the use of rape and sexual assault for political agendas that have nothing to do with women’s safety… Women don’t take kindly to our demand for safety being misused, while rape continues to be neglected at best or protected at worst [The Guardian, 8 December 2010]. Back in the US, a Grand Jury has already been convened around the WikiLeaks disclosures and is busy issuing subpoenas which require witnesses to answer the Jury’s questions or face jail themselves.

It seems to me that Assange and Manning deserve the thanks and unstinting support of the Peace Movement. Where is everyone? The WikiLeaks disclosures are all about war and empire, power and lies. From the ‘Collateral Murder’ video footage to the military use of Shannon Airport by the US; from safety concerns about Fukushima to war for oil in Libya, they shine a bright light in the dark corners. There are loads of elephants in the room, and it’s much harder to ignore them now the light’s on, although some who should know better are still determinedly pretending they haven’t noticed (see this Media Lens article about Libya, for instance: http://tinyurl.com/2cofbrw and this one by Harry Browne about Shannon Airport: http://www.counterpunch.org/browne06032011.html).

The oppressive and punitive treatment of whistle-blowers by the authorities is undoubtedly designed to send a deterrent message to others who might be considering speaking out but have yet to do so. It’s imperative that we counter this by showing our support and solidarity in any way we can for those whose lives and liberty are in peril. With all this in mind, I start to put my thoughts down in writing. After a bit of work and a lot of help with editing, I end up with a leaflet entitled ‘Support Whistle-blowers: Don’t shoot the messengers!’ calling for solidarity with Manning and Assange and referring to other whistle-blowers’ experiences to put their stories in context. You can read it here: http://wp.me/p1rtyw-9c and you can help raise awareness and support by circulating it widely over the next couple of weeks, either electronically or in good, old-fashioned print. Thanks!

Genny Bove is a member of Wrexham Peace and Justice