Link to the URL for this feed

12 November was a Global Day of Action called by Egyptian climate justice groups to mark the COP27 negotiations. There were dozens of demonstrations in Wales, Scotland and England.

In London, the Climate Justice Coalition (CJC) had the bright idea of organising the mass painting (in Embankment Gardens) of large colourful banners to be carried on the local march.

On 12 November, the London march set off from behind the Shell building on the South Bank, Shell and other oil companies’ products being major contributors to global heating.

Actions in Holyhead, Lancaster and Southampton, ahead of January High Court hearing

On 3 December, the Campaign Against Arms Trade (CAAT) organised a day of action in solidarity with the people in Yemen and against the companies fuelling the war there, in the run-up to their legal challenge to British arms sales to Saudi Arabia, due to be heard in the High Court on 31 January.

Some events took place before the official day of action. On 2 December, there was a demo outside BAE Systems in Holyhead, on Anglesey, and, in Lancaster, Demilitarise Lancaster, Solidarity with Yemen and CAAT disrupted an arms company talk.

Palestine Action (PA) has claimed more successes (including eight acquittals) in its direct action campaign against the British subsidiary of Israel’s largest weapons company, Elbit Systems, which supplies military drones to the Israeli Defence Force for use against Palestinians.

Defence procurement minister Alex Chalk confirmed on 24 November that Elbit Systems UK had been removed from a £160mn contract to deliver crew training for the new Dreadnought-class submarine that is scheduled to replace Britain’s Trident nuclear missile submarine force.

No, not ‘next year Jerusalem’

The British embassy in Israel will not be moving to Jerusalem.

During the Conservative party leadership contest in the summer, both Liz Truss and Rishi Sunak expressed support for the move.

While prime minister, Truss ordered a review, but, on 2 November, a spokesperson for Rishi Sunak told the London-based New Arab news site: ‘There are no plans to move the UK embassy in Israel from Tel Aviv.’

The International Centre of Justice for Palestinians had warned in October that it would seek a judicial review if the plan went ahead.

Thousands of people came to London from across the UK and around the world on 8 October to create a human chain around the Houses of Parliament, calling for WikiLeaks founder Julian Assange to be freed.

The demonstration was called by Don’t Extradite Assange (DEA), which campaigns for freedom for Julian Assange, currently in Belmarsh Prison awaiting extradition to the US to face conspiracy charges for publishing secret documents revealing US war crimes in Afganistan and Iraq.

As the US civilian leadership engages in deceit about peace talks...

In November, there was a surprising development in relation to the Ukraine War, with pressure for a diplomatic solution coming from the US military (pressure that has been resisted fiercely by the civilian political leadership).

The New York Times reported on 10 November that the chair of the US joint chiefs of staff, general Mark Milley, argued in private top-level meetings for Ukraine to enter peace negotiations with Russia to end the war.

The West applies different standards to Russia than to itself

‘The deepest power is that of determining what people consider normal,’ British historian Timothy Garton Ash wrote in the Financial Times on 13 November.

The next day, British prime minister Rishi Sunak condemned Russia’s invasion of Ukraine with these words: ‘There can be no normalisation of [Russian president Vladimir] Putin’s behaviour, which has no place in the international community.’ 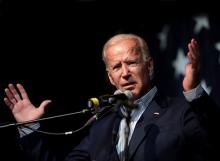 Biden’s ‘offer’ to negotiate was a half-hearted dishonest trick

The United States could make a huge contribution to the safety and wellbeing of the Ukrainian people – and to global security – by giving its full support to a peace process between Ukraine and Russia, and by promising that all US sanctions on Russia will be lifted once a peace treaty is signed and Russian forces are withdrawn.

Instead, US president Joe Biden is playing a cynical game by trying to appear as though he is in favour of peace talks, while actually having no interest in negotiations. 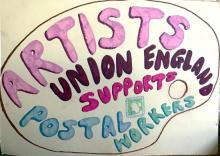