Link to the URL for this feed 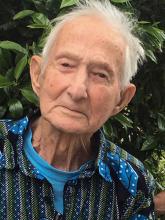 Don Sutherland, Quaker, pacifist, conscientious objector from 1939 and a campaigner on human rights issues, died peacefully at his home in Lincoln aged 103.

Born in Coventry, Don was a member, along with Roy Broadbent (father of the actor Jim Broadbent), of the farming community at Holton-cum-Bickering and later at Bleasby, in Lincolnshire, during the Second World War. 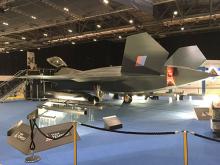 Despite pleading from defence secretary Ben Wallace, there was no increase in British military spending in the government’s November budget (officially an ‘autumn statement’).

Wallace, a popular Conservative MP, had previously warned that he would resign if the government did not commit itself to increasing military spending to three percent of GDP. (British spending has been at the NATO target of two percent of GDP.) 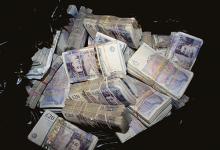 The £55bn ‘fiscal black hole’ is not a real thing

Joan Robinson, the great economist, once wrote: ‘The purpose of studying economics is not to acquire a set of ready-made answers to economic questions, but to learn how to avoid being deceived by economists.’

British politics in recent months has all been about ‘the fiscal hole’, said to be a gigantic £55bn gap in the government’s finances. Journalists and politicians talk about it as though it is a real thing.

The ‘fiscal hole’ sounds like it’s a £55bn gap between the government’s expenditure and its income.

These are excerpts from the speech of Mia Mottley, the prime minister of Barbados, at the opening of COP27 in Sharm el-Sheikh, Egypt.

I came here to say a few things. I don’t need to repeat the horror and the devastation wrecked upon this earth over the course of the last 12 months since we met in Glasgow.

Whether the apocalyptic floods in Pakistan, or the heat waves from Europe to China, or in the last few days my own region, the devastation caused in Belize, with tropical storm Lisa, or the torrential floods a few days ago in St Lucia. We don’t need to repeat it because the pictures are worth a thousand words.

New campaign needed to support financing for the Global South

‘The ultimate test of this COP is that it has responded to the voices of the climate vulnerable by establishing a fund for loss and damage.’ That was Sherry Rehman, Pakistan’s minister for climate change, speaking at the closing session of COP27 in Sharm el-Sheikh, Egypt, on 20 November, on behalf of most of the Global South – she was representing the G77/China* group.

Here in the UK, Friends of the Earth welcomed the fund as ‘a first step towards wealthy nations providing loss and damage funding for vulnerable countries to help them deal with the impacts of climate change.’

Head-on confrontation is not always the way to win

‘The trouble with you people is that you target ordinary people’s lives!’

The man with the white beard was angry. It was 3.50pm and he’d just showed up to his local branch of Barclays bank, only find it closed ‘due to unforeseen circumstances’.

‘Unforeseen circumstances! That’s you, isn’t it?’ he raged.

28 peace activists have volunteered to act as an unarmed civilian protection team at the Zaporizhzhya nuclear power plant in Ukraine.

John Reuwer, founder of the Zaporizhzhya Protection Proposal project, writes: ‘Among the most immediate of the many threats faced by Ukrainians is the release of a nuclear dirty bomb by an intentional or accidental mishap at the Zaporizhzhya nuclear power plant.’

The group plans to send a team of trained unarmed civilians to support inspectors from the International Atomic Energy Agency and to monitor a demilitarised zone around the plant.

This winter, Afghanistan faces a humanitarian catastrophe, largely due to the collapse of the economy because of the freezing of the country’s foreign reserves by the United States and other Western countries.

On 16 November, 12 countries in the region called on the US to unfreeze billions of dollars of assets belonging to Afghanistan’s central bank. They were meeting in Russia as ‘the Moscow format of consultations on Afghanistan’, first set up in 2017. The 12 included Saudi Arabia and Turkey, as well as China, India and Russia.

We’re writing to ask your help for young Afghans who face deeply troubling circumstances and may be able to resettle in Portugal in the very near future.

‘Although it is difficult to evaluate it precisely, the nonviolent civil resistance has contributed to stopping the invasion in the north’ of Ukraine.

Zombies visited the Home Office on 29 November with a gravestone saying: ‘Public Order Bill – Stay Dead’. They were there to hand in a petition (organised by Greenpeace and Liberty) signed by over 300,000 people, calling on the home secretary to stop attacking the basic human right to peaceful protest.

That day, the Public Order bill was having its second reading in the House of Lords. It contains restrictions on protest that had been removed from the Police, Crime, Sentencing and Courts (PCSC) bill because they were voted down, twice, by the House of Lords.

US campaigners call for end to 'brutal' embargo

US peace group CODEPINK is calling on the US to respond to the wave of women-led protests in Iran by lifting ‘the brutal sanctions that harm millions of Iranian women every day’.

At least 448 people have been killed by Iranian security forces during the nationwide protests which began with the death of Mahsa Amini in mid-September, the NGO Iran Human Rights reported on 29 November.

Peace campaigners gathered at Birkbeck University on 12 November for the ‘Future Wars: The Shape of Things to Come’ day conference.

Organised by Campaign for Nuclear Disarmament (CND) and Drone Wars UK, the event focused on looking at the danger of emerging military technology and how campaigners can challenge and oppose new developments in this area.

Professor Paul Rogers set the scene for the day in an opening contribution made via video.

A panel of expert speakers then opened up the issue in a session titled ‘Technology: empowering or enslaving?’

Two days before this year’s National Alternative Remembrance ceremony on 13 November, my affinity group, the Mad Hatters, hung placards on the fence by each of the entrances to Tavistock Square in Central London (where the ceremony is held) giving details of the event and inviting people to join it. We also hung wreaths with white poppies by each entrance.

On the day, we gave out leaflets at the entrances inviting people to join the ceremony.

Lakenheath protest against return of US nuclear weapons to the UK

Hundreds of people gathered outside Lakenheath, the US air force (USAF) base in Suffolk, at a Campaign for Nuclear Disarmament (CND) demonstration on 19 November.

They were protesting against the return of US nuclear weapons to the UK.

Originally scheduled for spring 2023, the arrival of the new B61-12 free-fall/glide nuclear bomb at USAF Lakenheath seems to have been brought forward to December.