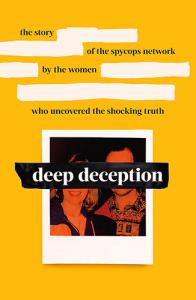 Five women give first-hand accounts of four undercover police spies who targeted them between 1987 and 2010. It is gripping and sickening to learn the extent of abuse that these women – and others – experienced. The format of the book involves short, dated sections from each of the five women, so that their stories are woven together. This can be confusing at times but it keeps the reader’s focus on the progress of their grooming, gaslighting and ghosting – and on their partial victory…

Women deceived into relationships with undercover police officers have condemned the further delays that have been announced in the government’s Undercover Policing Inquiry. On 20 May, their campaign group, Police Spies Out Of Lives, said: ‘The idea that we have to wait until 2024 for the next tranche of hearings is beyond belief. Justice delayed is justice denied. We urge the inquiry to rethink this timeframe.’

In 2015, the Metropolitan police apologised to seven women and paid…

Police have spied on over 1,000 British political groups since 1968

After 11 years of struggle, Kate Wilson won another victory on 30 September. Kate is an activist who was deceived into a relationship with the undercover police officer Mark Kennedy (who was posing as an environmental direct actionist called ‘Mark Stone’).

Further ‘unreserved’ apologies, from London’s Metropolitan police and from the national police chiefs’ council, came after a damning ruling by the official Investigatory Powers Tribunal (IPT) on 30 September. 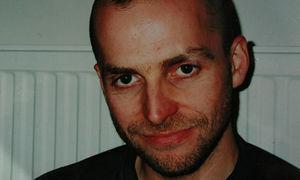 Today, 3 May 2018, former undercover police officer Jim Boyling has been found guilty of gross misconduct for pursuing an unauthorised sexual relationship with 'Rosa' (a pseudonym) using his false identity, failing to inform his line management of the extent of his relationship, and…

Coles was publicly exposed as a police infiltrator on 12 May, after investigation by the Undercover Research Group. On the same day, details emerged of an abusive sexual…

After four years of legal struggle, the Metropolitan police finally concede that undercover relationships were an abuse of power and violated women's human rights

Statement by the eight women:

In the apology issued today by assistant commissioner Martin Hewitt, the Metropolitan Police finally conceded that 'officers, acting undercover whilst seeking to infiltrate protest groups, entered into long-term intimate sexual relationships with women which were abusive, deceitful, manipulative and wrong' and that 'these relationships were a violation of the women’s human rights, an abuse of police power and caused…