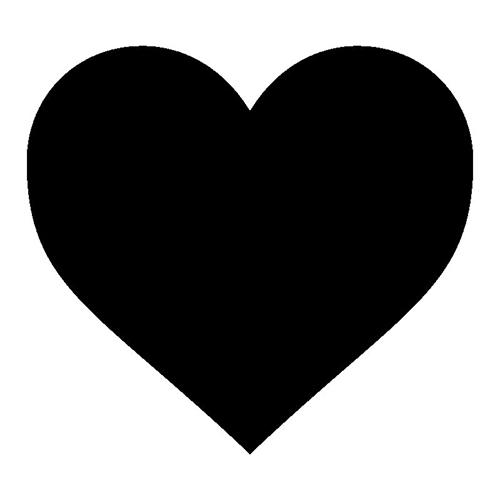 On 18 November, Shelly Tochluk and Christine Saxman appeared on Eyes on Whiteness, a US anti-racism, anti-patriarchy podcast hosted by Maureen Benson (also a white woman). Here are some edited excerpts from their conversation.

Christine Saxman: As you both know, I have always struggled with being kind of righteous in my anti-racism work as a white person. I name that as whiteness! The competitiveness that comes up in me....

I think about how intentional I have to be, myself, to not allow that righteousness to take over, and to recognise that I was once also early in my journey. There was a time for me, too, when I first realised that racism was really real, not just in an abstract somewhere-else kind of way, but here.

Listening to Shelly talk, I definitely took myself down that path of: ‘Oh, I was definitely that asshole who was... you know.’

So much of my work this summer has been coaching white folks who’ve been in anti-racist work for some time who want to just be dismissive of ‘Oh, these white people who’ve just woke up because of George Floyd’.

How do we reframe that to: ‘I’m glad they woke up! And I want them to stay here with me! And if I’m judgemental and condescending because they just woke up and I woke up four years ago or five years ago....’

Five years ago, I just would have just said to them: ‘It’s about dismantling white supremacy and joining (whatever group I was in).’

And, now, I’m, like: ‘No! I’m not going to say that to someone who just this summer started doing the work.’

They’re going to wonder: ‘Dismantling white supremacy?’ It raises that danger of retreat.

I want to say to other white people: ‘We need to really think about what does it mean to meet other white folks where they’re at – and not just use a hammer.’

Shelly Tochluk: Not that long ago, a young woman that I know had had a really challenging experience in the world. It was during the time when there was a lot of online information that she began to access. It took her into the dark corners of the internet and infected her judgement with misplaced fears.

It was taking her from an anti-racist position into a very racist, almost-accepting-of-far-right-ideology, position. And that’s not totally uncommon.

There are many examples of liberal young people who end up going down a YouTube rabbit hole and end up on the far right.

“I see me in you, and I see you in me, and let’s walk together toward anti-racism.”

How do we reverse that trajectory? The research literature that I’ve been looking at goes back to this: staying non-judgemental, but posing questions that allow the person to come to a critical awareness on their own.

I remember conversations with this young woman over a number of months where she would make some wild claims and sometimes the only things I could say in response were: ‘I’m not sure that’s true.’ ‘Are you really sure that’s true?’ ‘Boy, I don’t really understand how that could be true.’

I didn’t always have the answers, but I maintained the relationship.

It was over a year later that she said: ‘I was really going towards the far right, and if it were not for that connection with you, and those questions, I might have gone further in it.’

On the Left, in anti-racist circles, that phrase is often the butt of a joke. It can mark somebody as a person to be hostile to or at least dismissive of.

The trouble is that white nationalists have been very specific that those people are their target audience. They’re actively and intentionally recruiting people who say: ‘I’m not racist, but....’

And my newest insight, after doing some voter outreach calls in Wisconsin this year [2020], is that ‘I believe in Black Lives Matter, but....’ is the new version of that.

Because that’s what I’ve started to hear, people who say: ‘Basically, I don’t see myself as racist at all’, but everything in their life has caused them not to understand the anti-racist movement or feel accepted by it or feel invited into it.

If they don’t feel invited in, I know who is inviting them to their party, and it’s the far right. That is my biggest and deepest concern.

We need a sizeable number of white people to turn their attention toward white nationalists and the extremists on the far right and undermine their messaging. That is going to take nuanced work with other white people.

Why was that so effective?

If we as white anti-racist people can’t figure out how to help uninitiated-into-anti-racism white people navigate a racial identity process that allows them to move into anti-racism with a whole and healthy sense of self, we will continue to lose more white people.

We have had two massive uprising moments over the last handful of years where white people have come into some level of awareness. When it comes up, people move into a place of disintegration in terms of their thinking: ‘Wait a minute. What’s going on here? How do I understand the world? My world has been shook now. Right, now I have to figure out how the way I see the world is going to continue to propel me forward.’

There are two ways to land after that fundamental questioning begins. Either people land with a more anti-racist understanding of the world, understanding systemic racism – or they re-entrench into white norms and individualistic thinking: ‘No, it is really all people of colour’s fault. It really is about all this nasty rhetoric.’

If we don’t have enough white people doing outreach to help other newly-opened-up white people move to the side of anti-racism in a way that invites them in, the re-integration into white norms will be far more pernicious and harder to get them out of than it was in the beginning.

Because they’ve now looked and they’ve made a decision.

A massive shift in my own psyche happened when I was able to be part of the beginnings of AWARE-LA [Alliance of White Anti-Racists Everywhere – Los Angeles].

As we sat together, it became clear that if we couldn’t look at ourselves and accept ourselves for who we were, and have a healthy sense of self, we were not going to be able to relate to and influence other white people. We would be constantly recognised as attempting to shame or change or blame or whatnot, as opposed to honestly, lovingly expressing, ‘I see me in you, and I see you in me, and let’s walk together toward anti-racism’.

That’s the kind of outreach I think we have to do.

The Eyes on Whiteness podcast is available on many platforms including Spotify and Apple Podcasts. You can also listen to it on its website: www.eyesonwhiteness.com