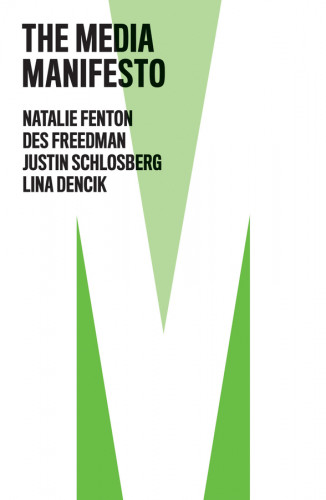 A product of the Media Reform Coalition – a group of academics, activists and journalists working for progressive media reform in the UK – The Media Manifesto is a tightly-argued, inspiring call to action.

One of the book’s central arguments is that the misinformation underpinning developments like the rise of Trump, and the media’s failure to adequately challenge power, shouldn’t – as many liberals would have you believe – be blamed solely on fringe ‘fake news’ elements and the right-wing press. All this actually ‘reflects the insulation, complacency and commercial interests of our major legacy news organisations’.

The authors note that ‘levels of concentration of press power are actually increasing’ in the UK.

The authors also have little time for the idea that social media and the internet have disrupted and fragmented traditional media power. Instead, they argue that established news organisations dominate the online space, ‘reproducing and intensifying existing patterns of agenda-setting power’.

This has huge repercussions for how journalism addresses our most pressing problems.

Frameworks and solutions that run counter to the establishment will likely be marginalised – see the pro-City coverage of the financial crisis and the ferocious press assault on Jeremy Corbyn’s leadership of the Labour party – while the existential threat of climate change is rarely seriously grappled with.

In its current form, Freedman argues, the BBC is part of the problem: ‘far too implicated in and attached to existing elite networks of power to be able to offer an effective challenge to them’.

However, in the last chapter, the authors highlight the importance of independent and devolved public service media, alongside other proposals, including laws to reduce concentration of ownership and alternative ownership models, such as the pioneering media co-op, The Bristol Cable.

Indeed, there are many brilliant media organisations in the UK today – Declassified UK, Novara Media, Media Lens and, yes, Peace News among them.

Historically, though, Left media have been very weak. Arguably, the independent media were incapable of defending the most anti-imperialist leader of a mainstream party since the Second World War from an entirely predictable media onslaught, let alone able to go on the offensive and decisively shift the national conversation on key issues such as climate change, nuclear weapons or UK foreign policy.

There is much work to be done, then. With its unashamedly socialist politics, The Media Manifesto will no doubt become an important primer, perhaps even a foundational text, in the struggle for media justice.