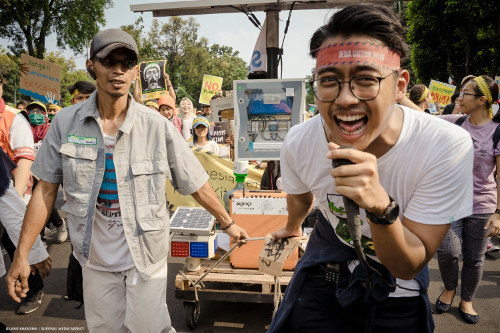 ‘We are not sinking, we are fighting’ 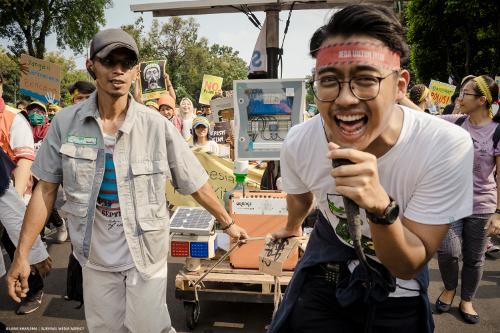 Hundreds of students and activists marched to Jakarta city hall in the capital of Indonesia as they joined the 20 September Global Climate Strike. The demonstrations started in the Pacific islands (‘We are not sinking, we are fighting’) and Australia, where 300,000 took part in 100 rallies. They spread across Asia, Africa, Europe and the Americas, involving over four million people in total. A week later, two million people reportedly joined a second global climate strike. Greta Thunberg’s organisation, Fridays for Future, claimed that a million people demonstrated in 180 cities in Italy alone.