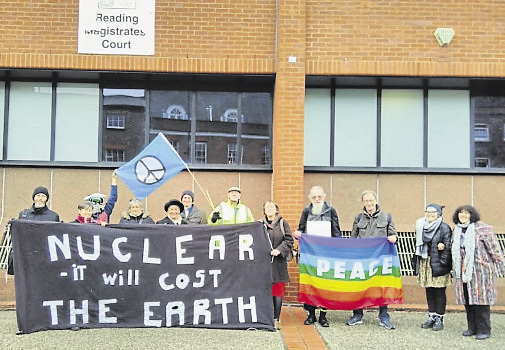 Anti-nuke campaigners in court this April

Four Welsh Trident Ploughshares members who took part in a blockade of the Atomic Weapons Establishment at Burghfield appeared in court on 22 November (above). The three entrances to the Burghfield nuclear warhead factory were closed down at 6.30am on 24 October, preventing workers from entering. The four are part of a group of eight who will appear before Reading magistrates’ court on 23–24 April charged with ‘willfully obstructing the highway’.