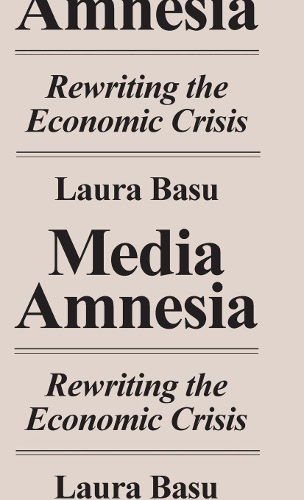 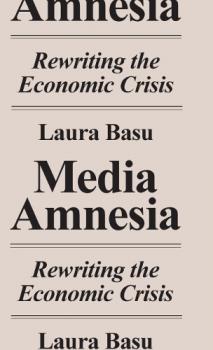 As well as interviewing journalists, Laura Basu, a researcher at the Institute for Cultural Inquiry, Utrecht University, has analysed 1,133 news items from the Guardian, Telegraph, Sun, Mirror and BBC between 2007 and 2015.

Edward Herman and Noam Chomsky’s Propaganda Model – along with other theoretical frameworks – is cited as relevant to the patterns of media coverage set out in the book.

Basu’s central, very persuasive, thesis is that a ‘phenomenon of media amnesia [concerning the history and causes of the crisis]… has been created purposely by politicians and sections of the press’. Facts and arguments go unreported, presenting audiences with a very particular ideological framework that has legitimised neoliberal ‘solutions’ to the crisis.

Basu argues there are three primary characteristics of the media coverage that have contributed to this political con trick: a lack of historical context, a narrow range of elite perspectives, and a dearth of global context.

For example, she highlights how, after the crisis was successfully framed as an outcome of overspending by previous Labour governments, the media and focus groups largely accepted that austerity should be the response.

Of course, this makes sense if the problem was Labour profligacy, though it ignores the structural and global causes of the crash, and sidelines the Keynesian responses to the crisis advocated by Nobel Prize-winning economists like Paul Krugman and Joseph Stiglitz (who advocated policies such as ditching austerity, fundamental reforms to the financial system, and kickstarting the economy with ambitious government spending).

With the media defining the bounds of debate as the positions of the main political parties, Labour’s decision, under Ed Miliband, not to significantly oppose the Coalition government’s cuts was disastrous.

Indeed, this political weakness likely influenced the progressive media like the Guardian, which Basu notes accepted some degree of austerity.

‘The Guardian projects an image of representing a social democratic agenda, but when social democrats begin to attain positions of power the paper closes ranks’, she argues, referencing the paper’s coverage of Jeremy Corbyn’s leadership of the Labour Party.

Detailed and academic with a wide-ranging bibliography, this is an accessible and engrossing read, concluding with a range of potential cures for the Media Amnesia that are worthy of activists’ attention, from greater media plurality to Dan Hind’s intriguing proposals for the public and democratic commissioning of investigative journalism.

Basu has also co-edited The Media and Austerity (Routledge, 2018) which, judging from her references to it here, should also be revelatory.