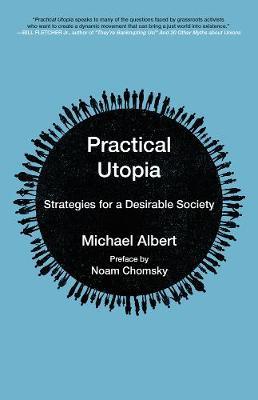 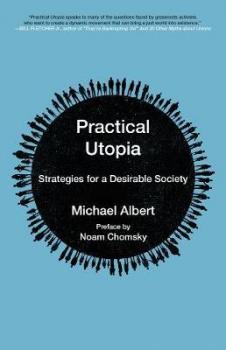 In his preface to this book Noam Chomsky claims that the book ‘merits great respect and close attention’ and I cannot disagree. In fact, I strongly recommend it to anyone presently involved in activism or movement building aimed at meaningful social change.

In part two, Albert puts forward a persuasive argument for ‘participatory economics’ (an economic system  based on participatory decision making) as an alternative to markets and central planning.

Thankfully however, he does not think that wider change will be achieved solely through economic change and in building a picture of the society that he desires he also (to a lesser extent) addresses gender, class and the environment (among other issues).

Indeed, throughout the book he consistently joins up the dots enabling him to give a fuller and more intersectional depiction of how we might get to ‘utopia’. Frequently activists are not sensitive enough to the different pressures at play in people’s everyday lives but we must be constantly aware of these forces if we are to construct a new and fairer society for everyone. Those dealing with everyday instances of sexism, racism and poverty need to made to feel part of the movement rather than judged by it.

It was also refreshing to read something so positive and potentially galvanising, in the current climate of pessimism about the possibility of true and full societal transformation.

Most interestingly the third part of the book ‘Our Methods’ contains an excellent analysis of strategy, highlighting many of the critical failings of left-wing activism. This part of the book is especially astute and could certainly function as the promised ‘conceptual toolbox’ or handbook for current and future movements.

The common problems and disagreements within activist movements that so often derail us (dogmatism, sectarianism, reform versus revolution, retaining membership etc) are comprehensively yet concisely scrutinised and viable suggestions for moving forward offered.

One example is his idea that we should be fighting for immediate reforms in a radical fashion. That is, fighting for specific hear-and-now reforms while simultaneously raising consciousness about the wider systemic issues involved and keeping that at the heart of an overarching strategy aiming to bring about a whole new social structure.

On the face of it some of these solutions may seem a little obvious (as Albert himself admits). However, the fact that we are repeatedly falling into the same traps suggests that, on the contrary, they may be the timely reminder that we need to reinvigorate our movements.