Florian Zollmann, Media, Propaganda and the Politics of Intervention 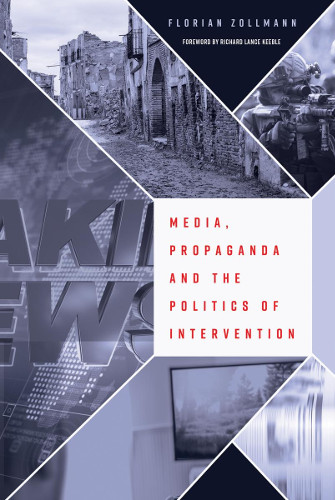 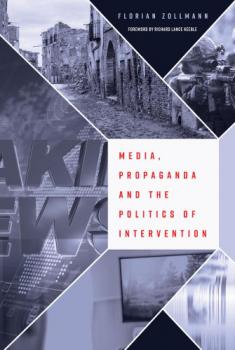 Florian Zollmann’s deeply impressive first book – which expands on his PhD, supervised by Professor Richard Keeble – goes a long way in engaging with this long-running issue for peace activists.

‘The news media in liberal democracies operates as a propaganda system on behalf of state-corporate elite interests’, he argues, using Edward Herman and Noam Chomsky’s Propaganda Model as the foundation of his study.

Zollmann’s findings are deeply worrying, with huge ramifications for journalists, activists and British democracy itself. ‘If countries designated to be “enemy” states of the West conduct human rights violations, the news media highlights these abuses and conveys demands for action to stop human rights abuses’, he notes. ‘If, on the other hand, Western states or their “allies” are the perpetrators of human rights violations the news media employs significantly less investigatory zeal in its reporting and virtually no measures to stop abuses are conveyed.’ The level of indignation, the seniority of the officials blamed, and whether the media call for sanctions, action from the United Nations or so-called humanitarian military intervention – all largely depends on the identity of the perpetrators. It isn’t included as a case study, but the media’s (lack of) coverage of the Western-backed assault on Yemen is a further damning illustration of Zollmann’s thesis.

In addition to extensive quantitative and qualitative evidence, a wealth of references and an in-depth bibliography, the book also includes important accounts of the two devastating US-led assaults on Fallujah in Iraq, as well as critical facts and arguments effectively excluded from the mainstream media’s reporting of the West’s interventions in Libya and Syria.

At £29, this is a pricey purchase, and though it is clearly written and logically argued, the academic style may make it a little dry for some readers. However, I would strongly recommend peace activists get hold of a copy of Media, Propaganda and the Politics of Intervention as it is absolutely essential reading for anyone interested in understanding the media’s propagandistic role in the West’s often deadly and counterproductive foreign policy.