See forthcoming events. Get in touch if you would like to host an event. 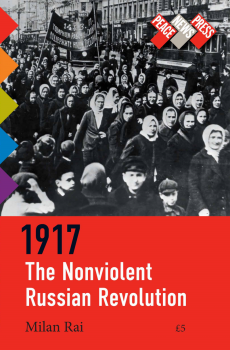 Peace News' latest book, 1917: The Nonviolent Revolution by Milan Rai dispels the widespread view that the Russian Revolution demonstrates the need for ruthlessness and armed violence in winning revolutionary change. In fact, it argues, 'Russia's revolutionaries often used their own unarmed vulnerability and the sincerity of their moral appeal as their most effective weapon in overturning governments and defeating would-be fascists.'

But, it doesn't let Lenin and the Bolsheviks off the hook either! Indeed, its second half, 1917: The Grassroots Working-Class Revolution that Lenin Crushed, shows how Lenin and Trotsky undermined the freedoms won by Russia's factory workers, revealing themselves to be enemies rather than champions of working-class democracy and power.

Milan Rai is now available to speak to groups across the UK about these twin themes and their relevance for today's activists.

If you would like to host an event with Milan then please email promos@peacenews.info, suggesting some possible dates. (Hosting groups will be expected to cover travel costs by public transport, and to provide overnight accommodation where necessary.) 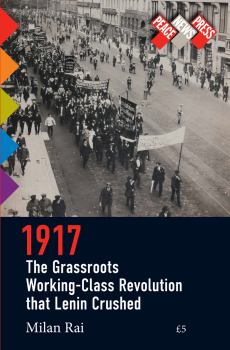