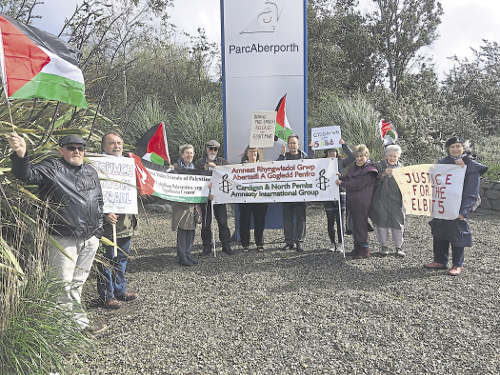 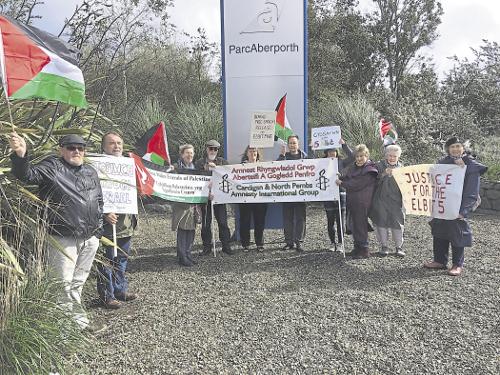 ‘Justice for the Elbit 5 — Stop Arming Israel’ demo at Aberporth test-flying site for UK-manufactured Israeli drones on 13 September. This action was in solidarity with five activists appearing before Cannock magistrates court, Staffordshire, charged under the Trade Union and Labour Relations (Consolidation) Act 1992 for their part in shutting down the Elbit drones factory in Shenstone on 6–7 July. Charges were dropped against three defendants, while the trial of the remaining two will be on 24 November.