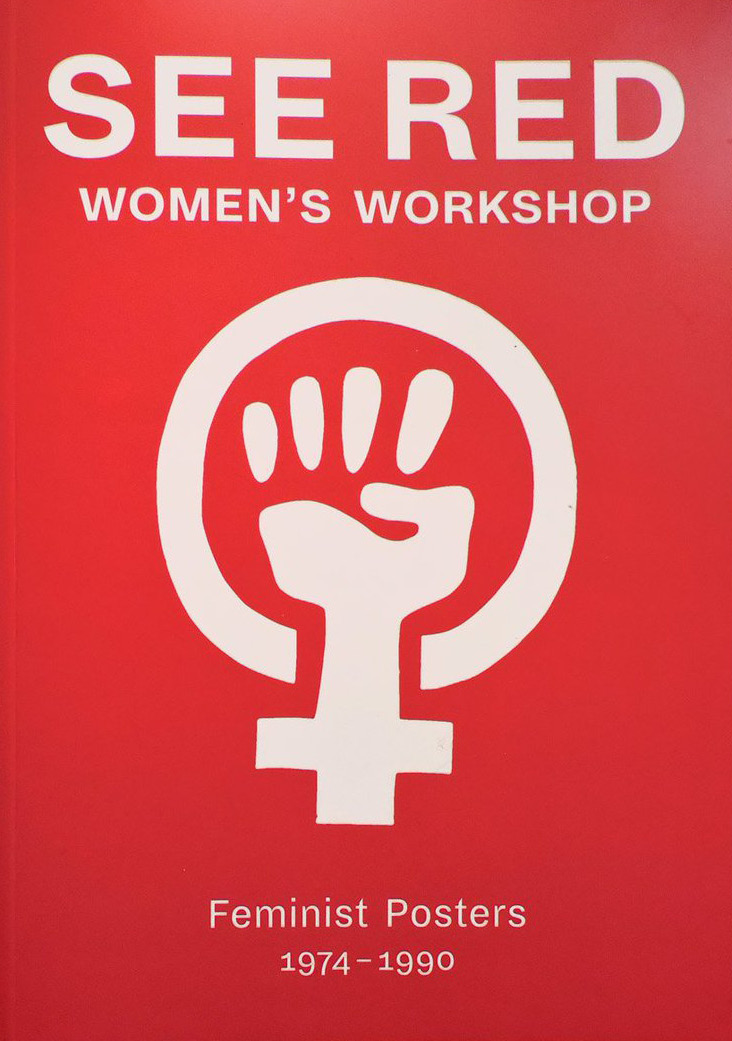 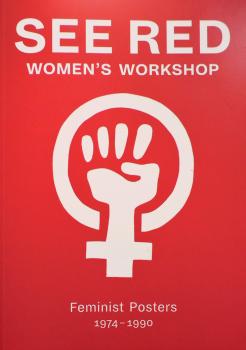 In 1979, Conservative central office received a fawning letter requesting a high-quality photo of the then-prime minister Margaret Thatcher. Unbeknownst to those who duly sent it, the black and white photograph was incorporated in the poster shown opposite.

In one simple image, Thatcher’s political duplicity towards women had been laid bare for all to see. This image, titled Tough! is just one of the many familiar posters created by the See Red Women’s Workshop, a grassroots feminist collective established in 1974 in London lasting into the early ’80s. The aim of the group was to dismantle pervasive patriarchal attitudes towards gender, race and class. Like much feminist art of the ’70s, the group produced posters, illustrations, cartoons and photographs which ‘deconstructed, questioned and exposed’ negative images of women, such as in advertising, subverting the oppressive messages contained within.

‘Don’t break down, break out’ and ‘So long as women are not free, the people are not free’ are symptomatic of the collective’s approach. These rallying cries were often accompanied with the simplest of designs, lending the posters a DIY aesthetic that in no way undermined them. Indeed, the collective’s slogans and images were intentionally straightforward and accessible yet very effective. As Sheila Rowbotham points out in her foreword to this publication, ‘It’s not actually that difficult to perplex with layer upon layer of words; to clarify abstraction with just a few constitutes a rare skill’.

Written by See Red members, this book catalogues the posters they produced and situates the workshop historically, socially and politically. Following the aesthetic principles of the collective, this edition, slightly larger than A4, is simply designed, with a rather utilitarian feel. The text is very accessible, a clearly written introduction describes the political context of the time, how the women got together and why they did so. The introduction also includes some contemporary correspondence and photographs of the workshop and its members at work. The book contains all of the See Red Women’s Workshop original screen prints and posters designed for radical groups and campaigns, including, for example, Greenham Common. Most of the posters are accompanied by a small section of text, explaining how the idea and design for the poster originated. The page numbers of the posters are usefully indicated with italics in a comprehensive index.

Ending the book with short biographies of a scattering of the collective’s members, the women write: ‘we had no eye for posterity’. Many of the original documents and photographs that record the workshop’s history have been lost. However, this book still manages to provide a thorough account of the collective’s work. The writers positively note the resurgence of interest in their output, from galleries, museums, and design festivals, but express the hope that it will be a source of inspiration for younger feminists. As many of the posters’ messages are still relevant, the images will no doubt strike a chord and inspire the current generation of feminists, especially those oriented towards DIY activism and zine production. 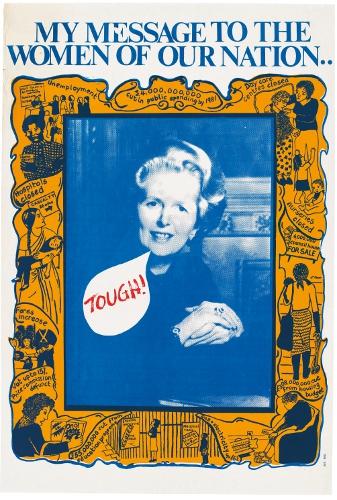