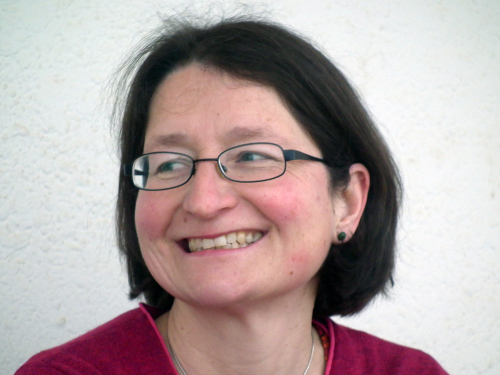 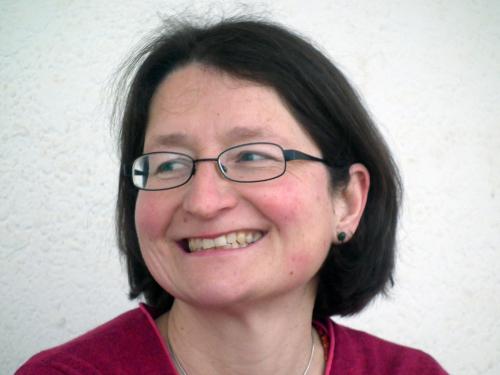 On 30 July, 20 years to the day after the Seeds of Hope acquittal, I found myself once again in the back of a police van with Jo, one of my co-conspirators. We’d been at Peace News Summer Camp at Crabapple community in Shropshire, and had been out for a walk with Emily and Lyn, two of the other women in the group. As we were strolling along a public footpath, three police dogs rushed round a corner and surrounded us, barking madly. One of them had bitten me – hence a ride to the hospital in the police van.

That was one of the more unusual episodes in the year I’ve spent promoting my book, The Hammer Blow: how 10 women disarmed a warplane. Most events have been rather more uneventful (as well as less painful). I’ve travelled the length of the country, spoken in bookshops and cafés, Quaker meeting houses and community centres. I’ve met people who remember exactly what they were doing when they heard about our acquittal, and others who weren’t even born at the time. I’ve spoken to people who’ve been involved in activism for years, and others who are new to the whole idea. I’ve met a lot of very inspiring people, and spent more hours than I care to count on trains.

At the launch event, at Friends House in London on 29 January, the 20th anniversary of the disarmament, we invited the East Timorese ambassador, Joaquim da Fonseca, a former student activist. He told us a great story about when he and some friends were considering climbing into the Austrian embassy in Jakarta in a protest about East Timor. It was right next to a military base, and they thought they wouldn’t be able to get in, until someone said: ‘If those women could get into the British Aerospace factory, we can get into the embassy!’ And they did. It was a wonderful reminder of the power of solidarity, and how the ripples from our action spread across the world.

Stories of the street

There was standing room only when Jo and I did a joint presentation at the News from Nowhere bookshop in Liverpool, the city where our trial was held. Many of those who came had been involved in our action in some way, whether visiting us in prison, writing to us, taking part in the daily procession through the city centre to the court, or crowding into the courtroom to hear the evidence.

We asked the audience if they’d like to share their memories from the time of the trial. One woman stood up and talked about how she had never been involved in any kind of activism before then, and the first time she was asked to hold a banner outside the court, she tried to hide behind it in case anyone she knew might see her. Later, she said, she stood proudly and showed her face to the world, one more person ready to stand up for justice for the people of East Timor.

Peace News Summer Camp this year took the 20th anniversary of the Seeds of Hope action as its focus. The four of us who were at the camp – Emily, Jo, Lyn and I – ran a workshop looking at issues which came up for us during the planning process. Secrecy, accountability, facing our fears, preparing for prison, supporting each other: all these are as relevant as ever, whether the action contemplated is disarming a weapon, blockading a nuclear base or occupying fracking machinery.

I did a talk about my book to an audience squeezed onto straw bales in a fuggy tent (with the laptop and projector powered by solar panels). And on the Saturday night, the fantastic band, Seize the Day, arrived to sing to us all, including – of course – ‘With My Hammer’, their powerful and moving song about the action.

Other highlights this year have included: The deputy mayor of Sheffield standing up at a talk organised by Sheffield Creative Action for Peace, and telling us about her time at Molesworth peace camp (she even showed us the scar she’d got from climbing through barbed wire). The great spread made from salvaged food, put on by Southampton Food not Bombs. Sharing a platform with other women from the group – Lyn (Bliss) in Luton and Bedford; Rowan (Tilly) and Ricarda (Steinbrecher) in Oxford; Emily (Johns) in London and Hastings; and Jo (Blackman) in Oxford, Shrewsbury, Liverpool and Sheffield. Catching up with old friends and making new ones. And perhaps most of all, meeting people from so many different campaigns, all united in their desire to make the world a better place. You can never meet too many people like that.

'Three police dogs rushed round a corner and surrounded us, barking madly. One of them bit me.

Usually at the end of a talk, there’s time for questions. Many are of a practical nature – how did you get in, how did you know where the plane was, what tips would you give to someone facing prison. The commonest question, however, is: ‘Would you do it again?’ To which I answer: in the same circumstances as we were facing 20 years ago, I would absolutely do the same thing again. Our government was aiding and abetting genocide; we’d tried everything else we could to stop the sale of the Hawks: how could we not act?

I’ve learnt a lot of things along the way this year. Among them, that, 20 years on, people are still excited by the Seeds of Hope story; that is has inspired countless people across generations; that it’s good to arrive early as there’s nearly always a last-minute technology failure; and that you should always carry plentiful snacks for when the train breaks down.

Andrea Needham hammered on a Hawk jet in 1996, stopping it from being exported to Indonesia for use against civilians in East Timor. Along with Jo Blackman, Lotta Kronlid and Angie Zelter, she was found not guilty of criminal damage by a jury. Her story is told in The Hammer Blow, available from Peace News on 020 7278 3344; or through the PN webshop. Andrea writes: ‘I would like to thank everyone who’s put time and effort into making it possible for me to come and talk to their group. If anyone else would like me to come and speak, please contact me’. You can email her on: hammerblow [at] peacenews.info