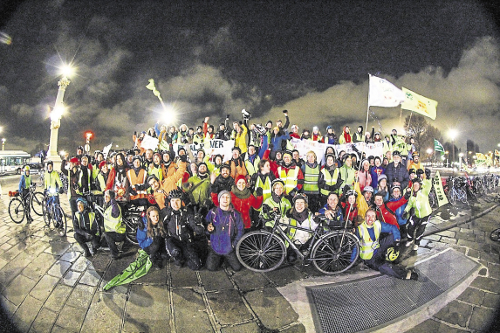 Last December PN's editor - and 129 others - headed for the climate negotiations in Paris ... by bike 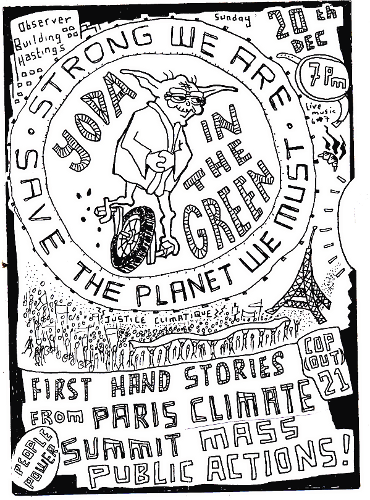 The four reported back afterwards. Poster: THAD SKEWS.
The 130-strong Time to Cycle ride nears Newhaven ferry port. photo: cat fletcher.
After five days cycling through Dieppe, Rouen and Freneuse, we reached Paris on 10 December, forming an illegal mass ride which was ‘kettled’ by police on the Champs-Elysée – for 20 minutes.
The ride continued, stopping at the Place de la Concorde. l The UK riders joined cyclists from other countries on 12 December for another illegal mass ride.