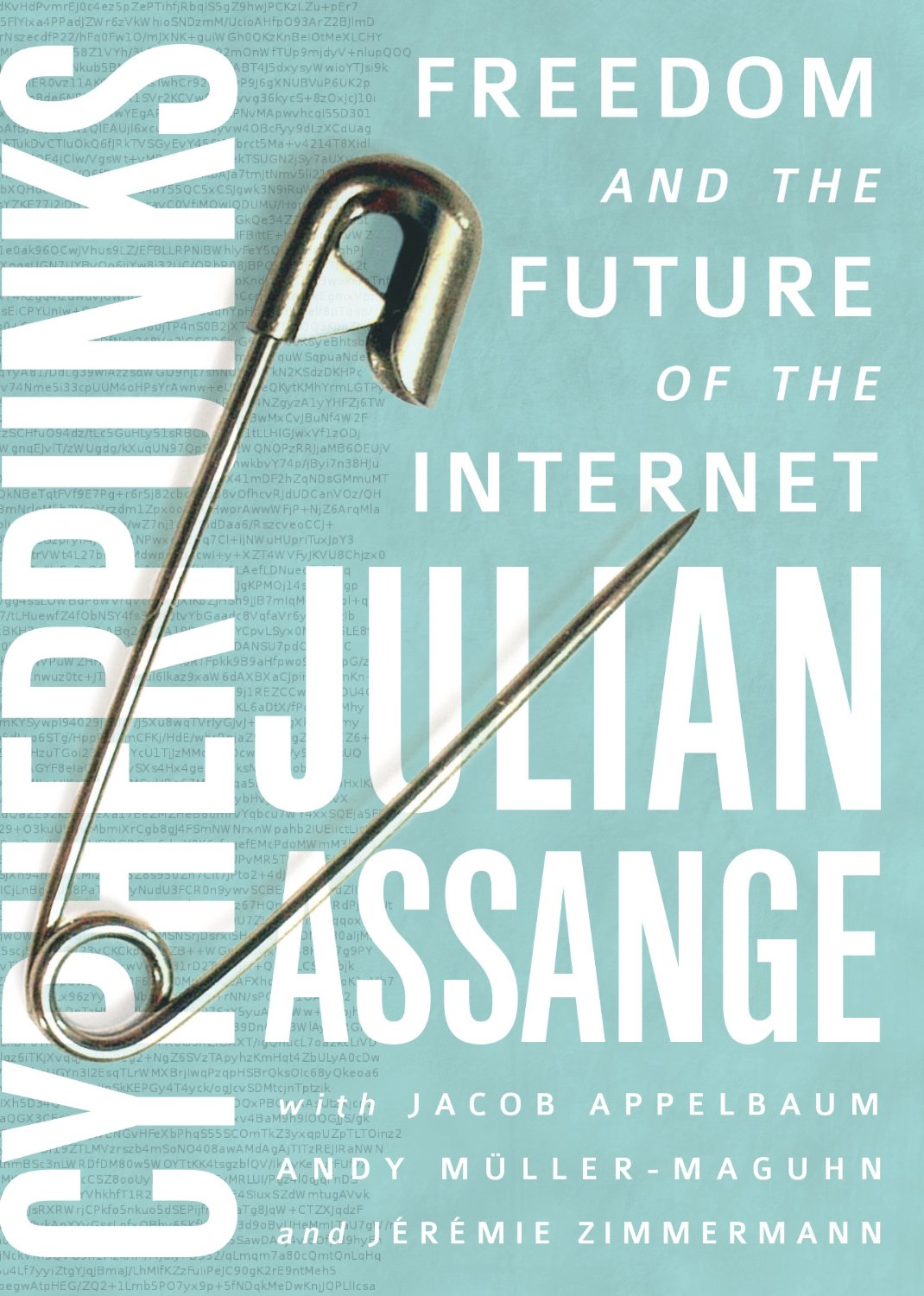 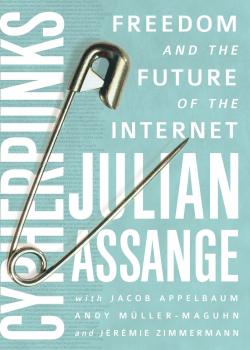 The internet has been transformed from a tool of emancipation ‘into the most dangerous facilitator of totalitarianism we have ever seen’. Thus wrote Julian Assange* in his 2012 introduction to Cypherpunks, an eye-opening annotated transcript of a conversation between the Wikileaks founder and three other prominent internet activists.

At that time, such a claim might have appeared hyperbolic. However, in the wake of Edward Snowden’s 2013 exposure of the global surveillance programmes of the US national security agency (NSA), Assange sounds eminently reasonable when he suggests that US citizens (and therefore everybody else as well) ‘should assume that all their telecommunications traffic (including voice calls, SMS, email, and web browsing) is monitored and stored forever in NSA data centers’.

Indeed, as Glenn Greenwald explains in his riveting account of the Snowden leak and its significance, what the NSA aspires to – and has already partially achieved – is to ‘collect it all’: that is, ‘to collect, store, monitor and analyze all electronic communication [including phone calls] by all people around the globe’.

Under its X-KEYSCORE program the NSA is already known to be ‘collecting comprehensive data about the online activities of hundreds of millions of people’, including the content of emails, web browsing, search histories and chats – and these can be searched ‘with no oversight’ by any analyst with access. And it’s not just the NSA: Britain’s GCHQ surveillance activities ‘are every bit as comprehensive – and unaccountable’.

As Greenwald notes, the endpoint of this trajectory is a situation in which ‘the US government sees what everyone else in the world does, including its own population, while no one sees its own actions’, posing ‘a grave threat to democratic governance’ and creating ‘the most dangerous of all human conditions: the exercise of limitless power with no transparency or accountability’. 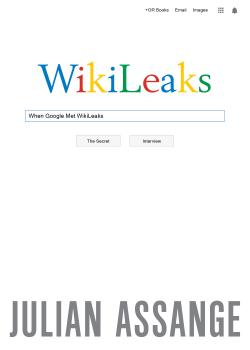 Much of Cypherpunks is devoted to Assange’s proposed solution to this threat.

Given that mass surveillance and data storage is now so cheap (for €30m a modern state could store all of Germany’s telephone calls for a year), and its use in practice so secret, Assange argues persuasively that ‘there cannot be meaningful democratic oversight’ over such technologies.

Instead, he and his fellow ‘cypherpunks’ advocate the mass adoption of modern cryptography, since ‘[w]hen two computers are communicating using properly implemented, strong encryption, it becomes infeasible to sit in the middle, intercept, and read the content of their communication.’ This, he claims, is ‘the ultimate form of nonviolent direct action’, since ‘[n]o amount of coercive force will ever solve a math problem’.

A good deal of space is also devoted to talking about internet censorship and what one participant terms ‘the Four Horseman of the Info-pocalypse’: child pornography, terrorism, money laundering and the War on [some] Drugs. These four all-too-real bogeymen are routinely paraded by those opposed to mass cryptography, though it has to be said that here the discussion in Cypherpunks is less than satisfactory.

I would assume – though the point is never made – that those using the internet to facilitate these forms of criminal activity already make use of cryptography (or other, illegal, means) to protect themselves from surveillance, and therefore that its adoption en masse would serve mainly to protect the rest of us.

One of Snowden’s key revelations was that Microsoft, Yahoo, Google, Facebook, Skype, YouTube and Apple had all granted the NSA direct access to their users’ data.

When Google met Wikileaks – most of which also consists of an annotated transcript, this time of a 2011 meeting between Assange and Google CEO Eric Schmidt – examines Google’s relationship with US state power. 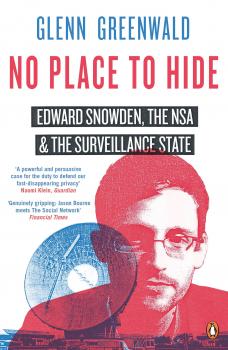 Though Google is still perceived by many ‘as an essentially philanthropic enterprise... for creating a utopian future’, Schmidt’s ‘years of assimilation within US establishment networks of reputation and influence’ have made him ‘a classic “head of industry” player, with all the ideological baggage that comes with that role’. During his tenure as Google CEO, Schmidt has overseen the company’s integration ‘with the shadiest of US power structures as it expanded into a geographically invasive megacorporation’.

Regarded by the NSA as ‘a key member of the Defense Industrial Base’, Google spends more on Washington lobbying than Lockheed Martin, and now appears to be moving into military robotics and artifical intelligence.

‘Google’s real power as a drone company,’ notes Assange, ‘is its unrivalled collection of navigational data... includ[ing] all the information associated with Google Maps and the locations of around a billion people’, the latter granted it by its 80% share of the smartphone market. ‘The mapping data gathered by the Google Street View project which sent cars rolling down streets all over the world, may one day be instrumental for navigating military or police robots down those same streets’, he writes.

Both OR titles also provide a showcase for Assange’s own political theorising, as well as discussions of his (and others’) visionary thinking on such topics as ‘censorship-resistant publishing’, ‘scientific journalism’, and the use of decentralised technology to protect revolutionary activity.

This material is interesting if not always fully intelligible, some of it being fairly technical.

In many ways, Assange is a more radical figure, politically, than Wikileaks’ whistle-blowing remit – and the anodyne nature of some of its leaks – might suggest. However, his beliefs that in the West ‘[t]he dominant elite doesn’t [generally] have to be scared of what people think’ (because the latter don’t currently pose much of a threat), and that lying journalists are one of the fundamental problems with the mainstream media (as opposed to the latter’s role as a major player in setting the spectrum of thinkable thoughts within a society) both struck this reader as somewhat naive.

Though both OR titles possess excellent notes, neither has an index, which would have been very useful. Greenwald’s book has notes and an index, but only online.

A shortcoming common to all three books is that they don’t explain what steps you can take once you’ve finished reading. My suggestion: check out Jacob Applebaum’s and Jilian York’s YouTube video ‘Let’s talk about sex, baby; Let’s talk about PGP’: www.tinyurl.com/peacenews1601

* For the record, I agree with those who say that, notwithstanding the excellent work done by Wikileaks, Julian Assange shouldn’t have a free pass over the Swedish rape allegations.