Within days of being elected, the new Conservative government made it clear that a new drive against ‘extremism’ will be a major part of its legislative programme. Universities were already legally obliged to monitor their students and report any suspicions of ‘people being drawn into terrorism’, under the Counter-Terrorism and Security Act passed in January.

Conservative home secretary Theresa May introduced the act by declaring that, due to the rise of the terror group ISIS, the threat level in Britain had been raised to severe. As a result of the looming and ‘highly likely’ threat that a terrorist attack will occur in Britain, more would need to be done to challenge extremism in this country, she said.

Universities have long been open platforms for intellectual debate and freedom of expression. The new act includes obligations on universities to monitor and exclude any external speakers who may promote terrorism or extremist values.

“This law sends a message to Muslim students that they are not welcome in Britain.”

The Prevent scheme run by the government includes guidelines for when a university should exclude an external speaker. The advice includes in its suggestions any member from a ‘proscribed organisation’ and someone ‘wearing, carrying or displaying clothing or articles which arouse reasonable suspicion of membership or support of a proscribed organisation.’

The Prevent scheme has been working with universities since 2012. The January legislation locks in the work of Prevent which universities will now have a legal obligation to follow. (Oxford and Cambridge were excluded from the bill because their student unions are legally separate from the universities.)

In March, the previous government gave up trying to give ministers the power to order universities and colleges to ban specific speakers. It also postponed its attempt to force universities to carry out checks on visiting speakers. A new counter-terrorism bill is likely to revive these moves.

Although the January legislation was designed to cover any type of extremism and terrorism, Theresa May indicated that the biggest threat is that of Islamic extremism, suggesting that it will be Muslim students and Islamic societies that will feel the full force of this new law.

Mohammed from the Federation of Student Islamic Societies, told Peace News that the legislation will target Muslim students. He said: ‘There’s going to be a disproportionate effect on one already marginalised and vulnerable community; that contributes to an unfair system that one group of students compared to other groups has less of a right to organise speakers on campus and have a fear of whether they can debate ideas freely.’

Mohammed also said that it is not uncommon for Muslim students, under instruction from their parents, to not join Islamic societies at university for fear that their information will be passed on to security services and MI5. He said that the new law will only add to these fears.

‘For a lot of students, they might feel like they won’t be able to air their ideas in the classroom for fear of being seen as extreme. This is obviously massively counter-productive in a university setting, which is meant to be a place of debating things critically and have an open atmosphere for critical inquiry.’

There is also a fear that it is this sort of legislation that can contribute to a wider climate of Islamophobia. There have been examples of this type of behaviour in universities. Last year, at Kings College London, the Muslim prayer room was defaced in what appeared to be a Islamophobic attack.

Universities UK, representing higher education heads, said the new policy and the Prevent scheme have raised concerns. A spokesperson said: ‘Universities UK has expressed concern that Prevent was sometimes unhelpful in its Islamic focus, given that many other types of extremism may be relevant within the university context.’

The rise in Islamophobic attacks at universities reflects the growing trend in wider society. According to the Metropolitan police, Islamophobic crime in London has risen by 27.6% in the last year. From March 2014 to March 2015, the Met recorded 736 crimes of this nature. Mohammed claimed that this state of affairs is trickling down into university environments.

There is an argument that this type of law is necessary in order to tackle extremism and terrorism.

Nicola Dandridge, chief executive of Universities UK, argued that it is possible to maintain student liberties at the same time as tackling extremism. She said: ‘Universities UK’s priority will be to ensure that there is an appropriate and proportionate balance between securing freedom of expression and academic freedom and preventing terrorism.’

Mohammed rejects the argument that it is necessary. He said it was a simple fact that this bill will reduce the civil liberties of British citizens and beyond that it will fail on its own terms.

He said: ‘Forget liberty and freedom for a second, maybe some people think those are fluffy, worthless ideals that we don’t really need in a liberal democracy and what we do need is to ensure our security, but it fails on that count too.’

Mohammed argued that even on those terms, this law sends a message to Muslim students that they are not welcome in Britain. He said that he believes ‘it’s the same argument that is perpetuated by extremists’ and that young Muslims are being asked by both sides to make a choice about their identity.

Mohammed said: ‘That kind of “clash of civilisations” binary dichotomy is, I think, the fundamental root of what drives people to extremism because they feel the tension in identity and that you have to choose one or the other.’

He said that it is a simplified narrative but a student who has felt forced to make a choice and who feels marginalised and targeted in British society is more likely to be susceptible to extremism than they were before. He argues that it is this type of law that gives fuel to the argument extremists make about British Muslims not being accepted in British society.

He concluded that: ‘The bill fails in protecting our freedom and liberty, which is crucial, and even if you don’t care about that it’s also counter-productive in security purposes.’

None of the universities that were contacted by Peace News wanted to comment as they had not yet put the legislation into practice. The Federation of Student Islamic Societies is hoping that parliament will repeal the section regarding universities to ensure that freedom of expression remains at universities for all students, no matter what their faith. 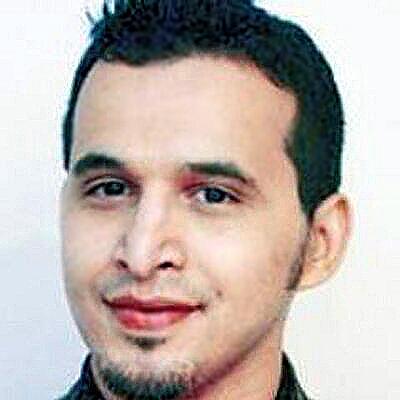 Seven years ago, back in May 2008, police wrongly arrested and detained two Nottingham university students on terrorism charges. One was of Pakistani descent, the other was born in Algeria. A police officer told an academic two days after the arrests: ‘This would not be happening if the student had been blonde, Swedish and at Oxford University.’

A 22-year-old politics research student Rizwaan Sabir had downloaded an al-Qa’eda training manual from the US department of justice website as part of his research for a dissertation on radical Islam, and sent it by email to a friend, Hicham Yezza, who was a non-academic member of staff, asking Yezza to print the document off for him.

Another member of staff later discovered the file on Yezza’s computer, and reported it to the university authorities. Instead of asking Yezza about the file, or checking whether it was available from the university library (it was), the authorities decided to call in the police.

Both Yezza and Sabir were arrested on 14 May under the Terrorism Act 2000, on suspicion of being involved in the ‘commission, preparation, or instigation’ of an act of terrorism.

Thorough searches of their homes, six days of questioning and an intense counter-terrorism investigation failed to show the slightest evidence of any such activity.

The two were detained and questioned for six days, then released without charge. Neither the police nor the university authorities have ever apologised for their treatment at this time.

In 2011, Sabir received £20,000 from Nottinghamshire police in out-of-court compensation after he launched a civil case.

Back in 2008, the police tried to deport Hicham Yezza but failed after a concerted community mobilisation. (See PN 2513.)

l Rod Thornton, a lecturer in counter-terrorism who was Sabir’s academic supervisor, was suspended by Nottingham university in May 2011 for documenting serious misconduct by senior university management in the Sabir-Yezza case. Thornton left the university in 2012.

No independent inquiry into the affair has yet been held.

Sarah Redd is a student journalist working with Peace News.

Rod Thornton’s 114-page study ‘Radicalisation at universities or radicalisation by universities?: How a student’s use of a library book became a “major Islamist plot”’ can be found here: www.tinyurl.com/peacenews1614