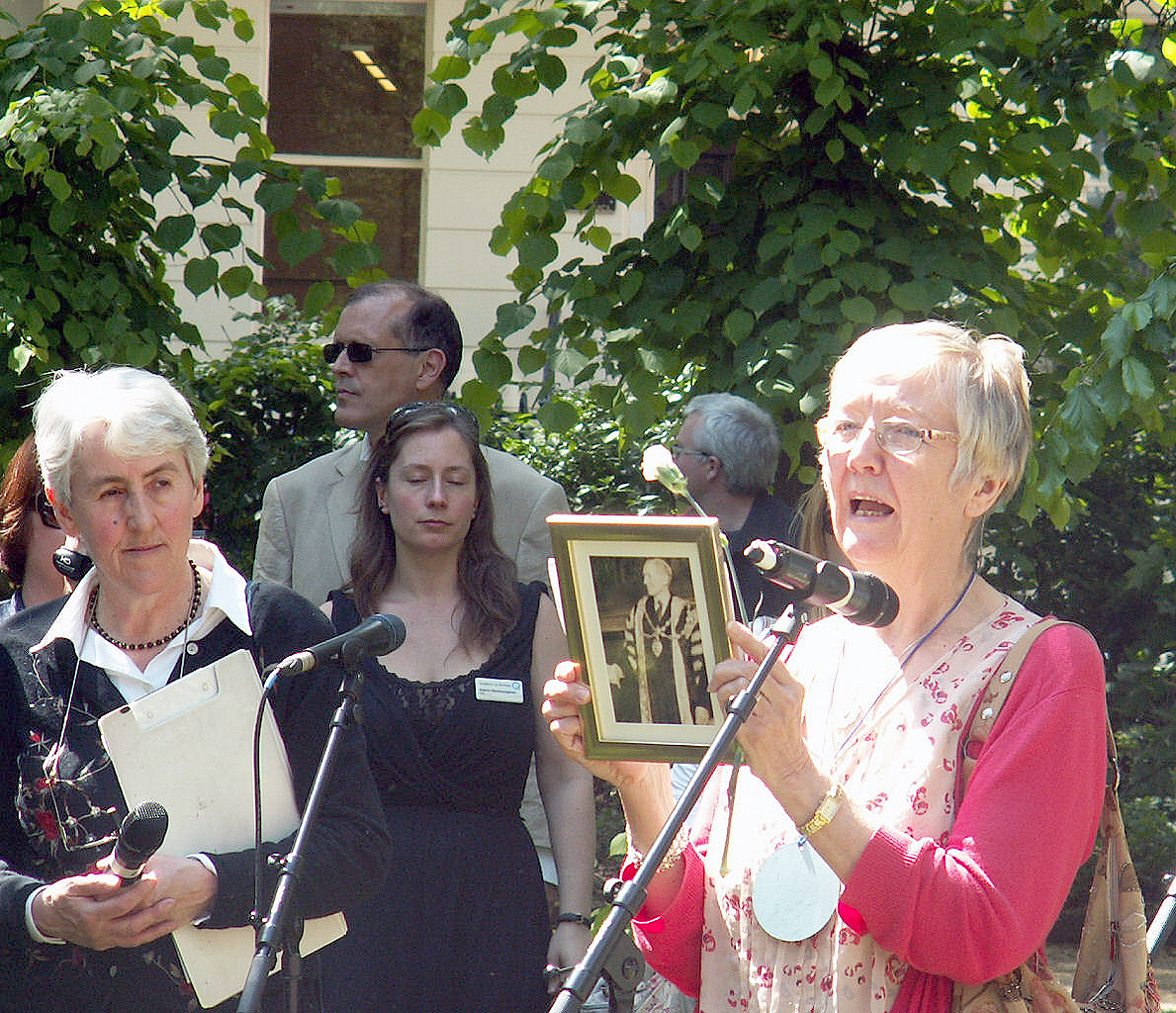 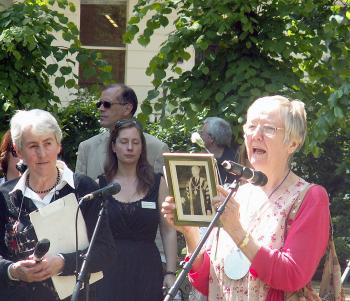 Watched by Valerie Flessati (left) of the First World War Peace Forum, at the 15 May Conscientious Objectors (CO) Day ceremony in Tavistock Square in central London, Cindy Sharkey (right) remembers her CO grandfather who refused to fight in the First World War.

A socialist member of the Independent Labour Party, Eleazor ‘Dil’ Thomas refused to participate in what he saw as a capitalist war, waged to preserve the empire. As well as remembering women war resisters such as Catherine Marshall (see p15), descendants commemorated a dozen COs. International CO Day events were held around the country. In Penzance, a vigil was held by 30 women from the Cornwall Group of the Women’s International League for Peace and Freedom (WILPF).