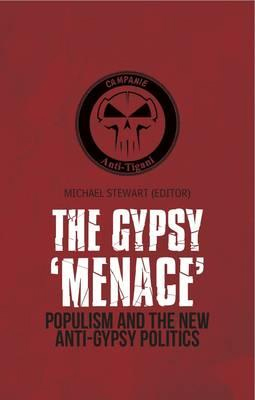 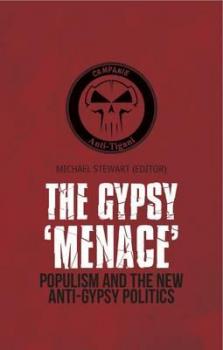 Written in response to an international rising tide of anti-Roma racism, this collection of articles analyses the shift towards the politics of the far Right in Europe over the past six or seven years. A timely contribution to the much-neglected study of this oppression, it ranges from detailed case studies of the effects of state policy, to the examination of how the discourse of neo-Nazism divides communities.

Europe’s largest minority, with an estimated population of 10 million, Roma have suffered endemic persecution for centuries. This is now accelerating with the recent rise of neo-fascist parties such as Jobbik (Hungary) and Ataka (Bulgaria), and one of this collection’s central achievements is to uncover these parties’ prominence as both cause and effect of the normalisation of anti-Gypsyism.

In doing so it offers a rare concrete analysis of the process through which racism appears, often by stressing the ‘ethnicisation’ of communities.

For anyone wanting information on the organisation of the far-right in Eastern Europe, and their slick transference of ‘cultural’ solutions onto socio-economic problems, this book is invaluable. What it doesn’t do however, is provide activists at the grassroots with strategies for their work. Its genesis in a conference of the Organization for Security and Co-operation in Europe is unsurprising, and the solutions offered are policy-based and municipal, some with an alarming emphasis on liberal democracy as the antidote to neo-fascism. This also gives rise to a couple of dense statistical studies which take up space that could have been better used discussing the anthropological ideas in the rest of the book.

The Gypsy ‘Menace’ can also play a useful role in opening up the debate around the premises of anti-racist campaigning. In response to prejudice, many of us assert the proud history of our ethnicity’s struggle against oppression, and the social benefits of a rich and varied multiculturalism. With its slight bias towards some form of integration, this collection questions how both Right and Left ‘ethnicise’ communities by making ethnicity their primary identifying feature, thereby articulating differences between them that may not have been visible before. This is worrying in the populist right-wing context, the argument goes, because of the way in which cultural difference is being reframed as incompatibility in order to push segregationist agendas.

Whether segregation or assimilation, the outlook for Europe’s Roma is bleak, and our strategies need developing using the information and reflection that books like this can provide.