Iraq: Lessons from War and Sanctions, with Hans von Sponeck 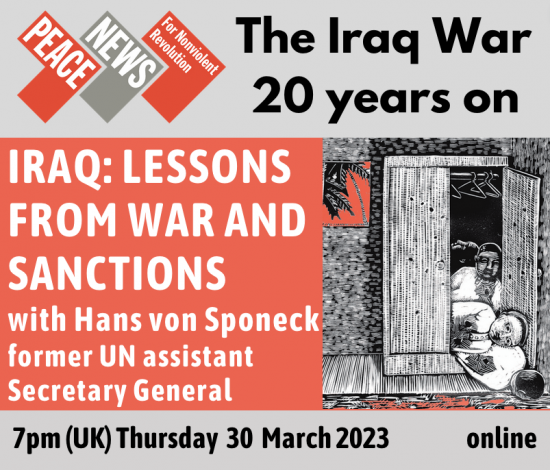 The meeting will discuss the reform challenges that lie ahead on the basis of the lessons learnt from 13 years of Iraq sanctions and the illegal invasion that followed.

During this period, the UN security council, and the UN secretary-general, faced choices between succumbing to geopolitical pressures and breaking international law or managing UN Iraq sanctions in the interest of the Iraqi people and in accordance with the UN Charter.

Hans von Sponeck is a former UN assistant secretary general who resigned as UN humanitarian co-ordinator for Iraq in 2000 as a protest against the economic sanctions, which he said had created a ‘true human tragedy’. The author of A Different Kind of War – The UN Sanctions Regime in Iraq (2006), Dr von Sponeck also campaigned against the 2003 invasion of Iraq.